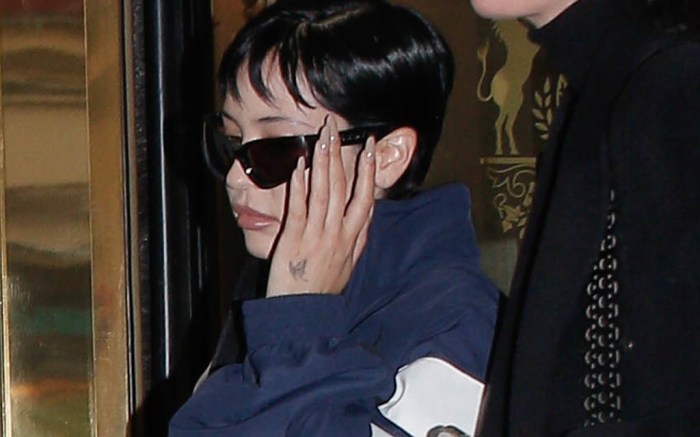 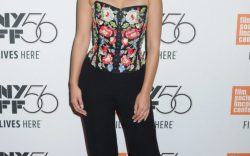 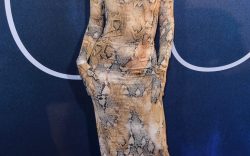 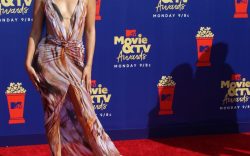 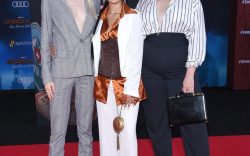 The “Euphoria” star was spotted on Thursday while leaving her hotel in Paris during Paris Fashion Week. For the outfit, Demie wore a baggy blue tracksuit that featured white panels on the sleeves for a stylish touch. The coat came to the middle of her thighs and had puffy sleeves. On the lower half, her pants were oversized and had a wide-leg cut.

For accessories, she wore a pair of sleek black cat-eye sunglasses for a trendy feel. And for her hair, she wore her black tresses in a short style that feels fashion-forward and had a finger-parted bang.


To complete everything, Demie opted for a pair of white pointed-toe booties that incorporated a metallic heel for extra pizazz. The boots had a height of approximately 3 inches and had a slick appearance due to their patent leather uppers.

When it comes to Demie’s style, she tends to fancy fashion-forward and modern silhouettes. For example, on her Instagram feed, we see pictures of her wearing slouchy button-ups and intricate leatherwear that showcase her penchant for mixing textures. Also, she has a fondness for a variety of shoe silhouettes like pointy-toe boots, slick sandals and functional sneakers that ground her outfits nicely.

Demie has also made a name for herself within the fashion industry. She has starred in campaigns for MAC. She also collaborated on three custom looks that added a trendy edge to her press runs for the HBO-hit series “Euphoria.”

Click through the gallery to see Demie’s sleekest fashion moments over the years.

Put on a pair of white boots for a streamlined appearance.