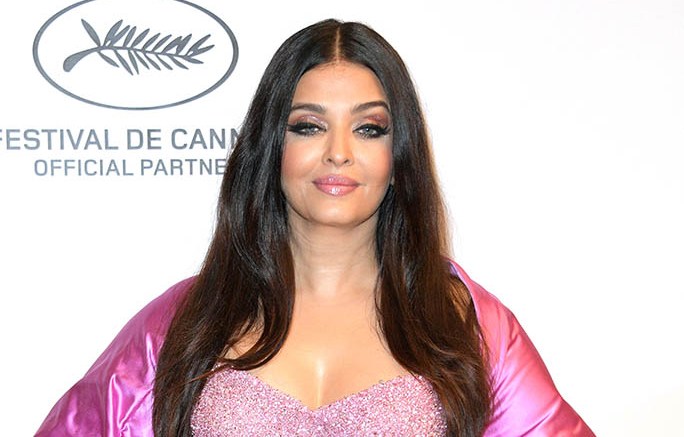 Aishwarya Rai was pretty in pink while attending the L’Oréal Paris anniversary dinner during Cannes Film Festival on Wednesday. The Indian actress has been a brand ambassador for L’Oréal for over twelve years.

Rai had all eyes on her as she posed for photos in a sparkling ombré gown. The “Last Legion” star shined in a form-fitting sequin dress. The glittery garment had a plunging sweetheart neckline. The top of the shimmery number featured a light pink bodice, while the latter part was adorned with magenta sequins that flowed into a dramatic train.

To place more emphasis on her look, Rai styled her straight and kept her makeup game on point with sharp winged eyeliner and tinted pink lips. The hem on her dress gave a peak at her footwear choice, which appeared to be platform sandals. The sole of the silhouette matched her gown perfectly.

Rai’s latest look comes a few hours after she took over the red carpet at the “Top Gun: Maverick” premiere. The Miss Word pageant winner brought drama to the screening by stepping out in a black ballgown by Dolce & Gabbana. The dress certainly made a statement as it included 3D flowers that draped on one shoulder and on the side.