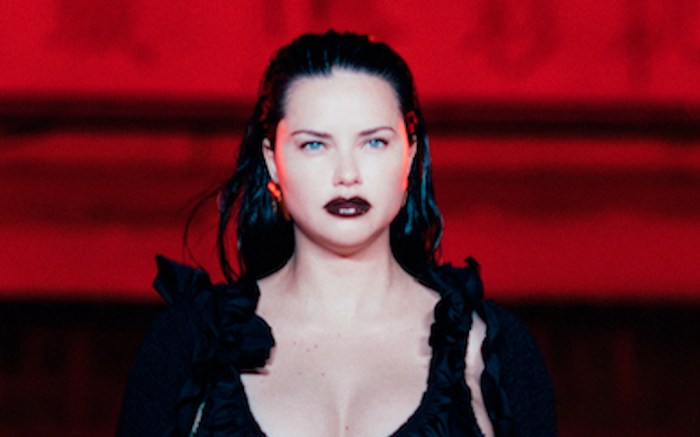 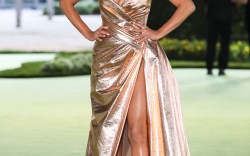 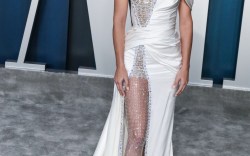 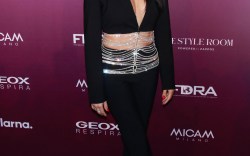 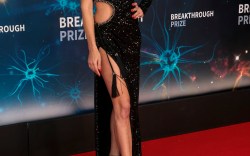 Adriana Lima cradles her baby bump chicly in all black for Alexander Wang. The “Ocean’s Eight” actress walked the runway for Alexander Wang’s “Fortune City” show in Los Angeles last night while wearing a look that cradled her baby bump in a sleek way. The supermodel recently announced that she was pregnant with her third child by releasing her first-ever TikTok video.

Lima took to the runway in an all-black minidress that featured a plunging neckline and a big circular cutout in the middle that cradled and showcased her baby bump. The garment also had cutout accents on the sides and on the back, and that added even more edginess to her number. It had cropped long sleeves and incorporated black ruffles that added a frilly, girly twist. The dress had a neat tie in the middle for a tidy finish.

After finishing her strut, Lima wore a red furry cropped jacket paired with a pink sweatshirt dress that included a hoodie for a relaxed, chic look.

While the runway is where Lima’s best known, the model also designs. The former Victoria’s Secret model was a brand ambassador for Puma in 2018, joining the likes of Cara Delevingne and Selena Gomez, and she also designed shoes for the sportswear giant.

“This year, about a month ago, I became one of the designers also for Puma,” Lima told FN in 2019. “It’s incredible to be on the other side as a creative. To me, designing shoes was a pleasure; I’m at the gym six times a week, so when you’re working out and trying different exercises you understand what’s missing and what you can add to a line of clothes and shoes.”

In Lima’s first collection with the brand, she created boxing-inspired pieces with a touch of streetwear style vibe, including three different colorways of the Shatter XT sneakers.

“We created these three different boxing shoes now and they’re incredible for intensive-type workouts,” said Lima. “Your ankles are completely protected, and [the sneakers] are super lightweight and also fashionable for outside the gym.”