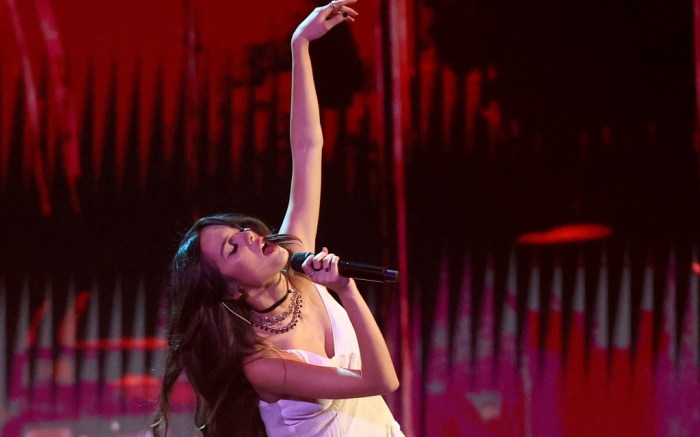 Olivia Rodrigo had quite the night at the Grammy Awards.

The “Sour” musician made her Grammy Awards debut on Sunday evening in Las Vegas. She hit the stage at the award show to perform her hit “Driver’s License” after winning the award for Best Pop Performance for the same song. She also accepted the award for Best New Artist after giving her emotional performance.

Rodrigo wore a white mini dress from Givenchy while performing. Her dress featured a semi-sheer bodice and layered tulle on the skirt. She added a black choker necklace as well as a longer style. She also wore black fishnet tights underneath her dress, hailing from Wolford’s collaboration with Amina Muaddi.

The “Brutal” singer added more grunge to her look with her footwear. She donned a pair of black platform combat boots. Her boots included black laces and a hefty platform, adding at least 2 inches in height. True to Rodrigo’s style, this outfit perfectly captured girly-grunge.

See the red carpet appearances from the 2022 Grammy Awards here.