The RHOBH, dazzled on the red carpet in Santa Monica, California at the 2022 People's Choice Awards. 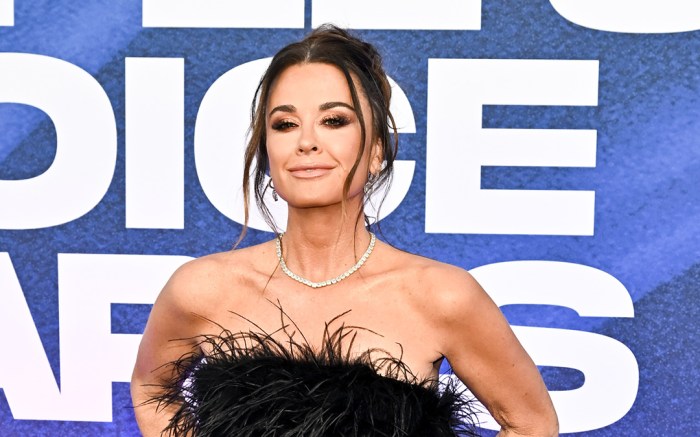 Kyle Richards, who is nominated for Reality Star of the Year, dazzled on the red carpet on Tuesday in Santa Monica, Calif., at the 2022 People’s Choice Awards. The “Real Housewives of Beverly Hills” star served in head-to-toe black, with a diamond statement necklace.

While hitting the red carpet, the actress and socialite put a fierce spin on the classic little black dress with a strapless feather bustier and leather bodice mini by Lamarque. She let the stylish ensemble speak for itself with minimal jewelry, wearing a dazzling diamond tennis neckless.

When it came to footwear, Richards wowed in open-toed black Saint Laurent platforms, totaling at least 4 inches in height with a thin ankle strap adding to the stunning drama of her mini dress.