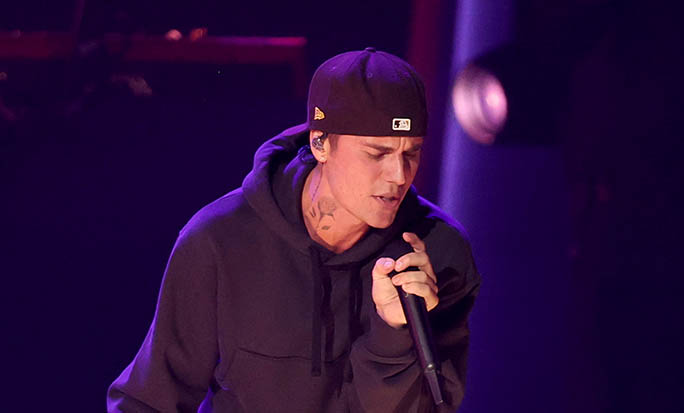 Justin Bieber serenaded the audience at the 2022 Grammy Awards with a soothing rendition of his summer love song, “Peaches.” The award-winning musician was joined onstage with singers, Giveon and Daniel Caesar. Bieber was nominated for four awards at tonight’s ceremony including, Best Pop Vocal Album, Best Music Video for “Peaches,” Best R&B Performance and Album of the Year.

To complement his stellar performance, Bieber wore an all-black Balenciaga ensemble. His outfit consisted of a cropped pullover hoodie that he paired with sleek leather pants. The bottoms had a slightly flared leg with a smooth shiny finish. The pop icon put his own signature flair on the look by rounding things out with a black baseball cap.

When it came down to the shoes, Bieber finished things off with a pair of chunky white sneakers that were also from the luxury fashion label. The fresh kicks gave dad sneaker vibes with its thick geometric sole and padded construction.