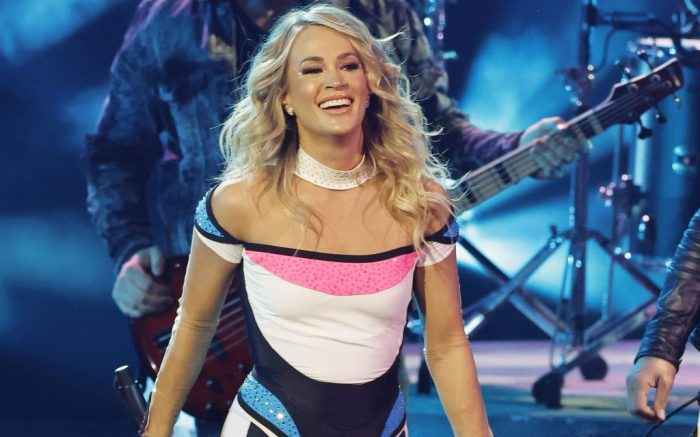 The singer, who was nominated for Best Country Album and Best Female-Country awards, wore an off-the-shoulder blue bodysuit for her performance of “Crazy Angels,” off of her album “Denim & Rhinestones” — part of which she performed mid-air. The pink, blue, black, and white bodysuit featured crystal embellishments, making her sparkle even more.

To have better traction for her aerial performance, Underwood went barefoot. However, the singer attended the event wearing a set of blush pink sandals with sparkling crystals.

Underwood is no stranger to the AMAs, having won her first award for New Artist of the Year in 2006. In 2021, Underwood brought home an award for the Favorite Female Country Artist category, to a total of 17 AMAs to her name, making her one of the show’s most-winning artists.