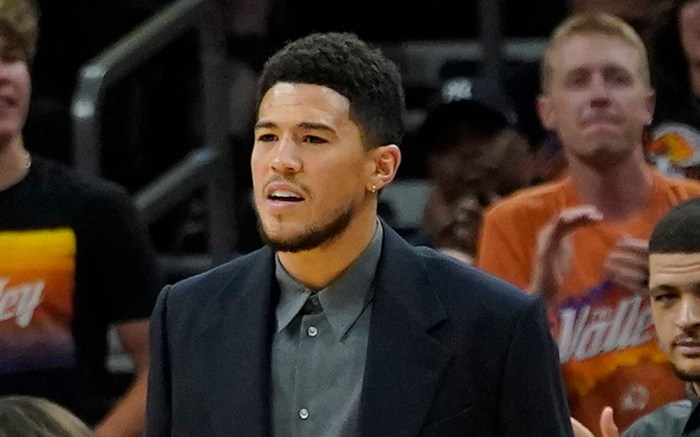 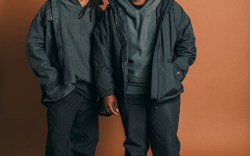 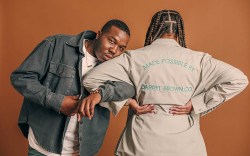 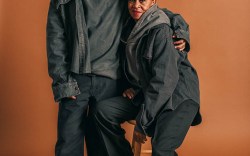 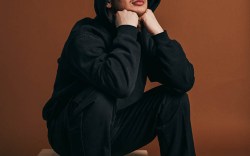 NBA games have become known for their fashion moments on the sidelines — just see ensembles worn by Rihanna, Nicki Minaj and Kendall Jenner over the years, which have turned the sporting occasions into a full-on fashion show. Simultaneously, the events have also become known for their faux pas — which social media is quick to note. The latest star under the internet’s scrutiny is none other than the Phoenix Suns’ small forward and shooting guard Devin Booker, taking place at a game in Phoenix on Tuesday night.

During a first-round NBA playoff series game between the Suns and New Orleans Pelicans in Phoenix — which the Suns won —  Booker was spotted on and off the court in a pair of dark gray trousers. The pants were paired with an oversized dark green shirt with white buttons, as well as a navy blue blazer. Completing his ensemble was a set of low-top canvas Converse sneakers in a muted blue tone.

Twitter users were quick to criticize the ensemble from afar, with many harping on its formal nature, academic appearance and contemporary color scheme.

“I wanna know what Substitute Teacher Fashion Line did Devin Booker get his outfit from tonight,” one user stated.

Devin booker with the ugliest outfit I have ever seen

Devin Booker with the ugliest outfit I have ever seen,” another user Tweeted.

The Nike collaborator could potentially utilize the strong feedback in a positive manner, perhaps by revamping his color scheme. However, neither seem especially likely, as Booker has a history of eliciting fashion criticism — even during similar episodes at recent games, where comments ranged from his ensembles’ silhouettes to the affect of his outfit style on his athletic performance.

See the NBA All-Star Weekend’s honors of arena workers in the gallery.