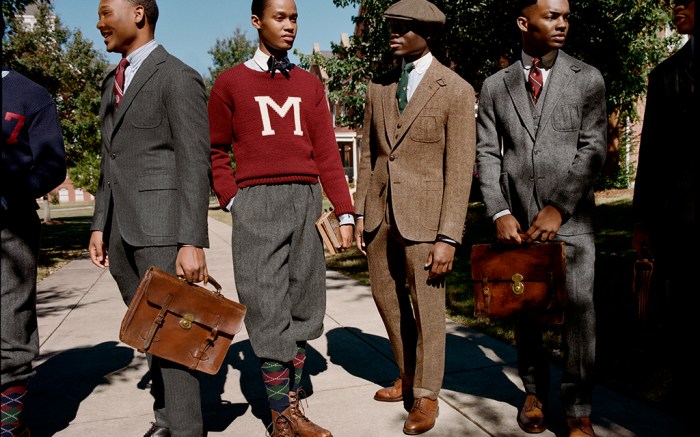 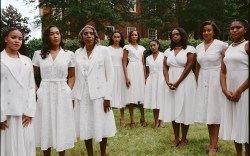 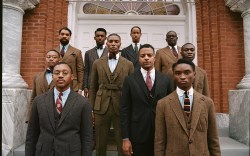 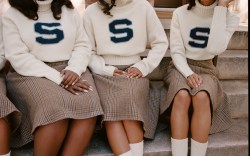 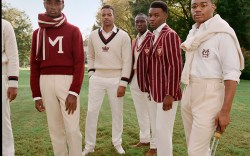 Ralph Lauren is expanding its partnership with Morehouse College and Spelman College as more brands seek to work with Historically Black Colleges and Universities (HBCUs).

On Tuesday, the American heritage brand unveiled a limited-edition collection, which, according to the company, not only seeks to honor the history of both schools, but also widen the breadth of Ralph Lauren’s storytelling, which often includes the depiction of collegiate life.

Dubbed the “Polo Ralph Lauren Exclusively for Morehouse and Spelman Colleges Collection,” the line is a first-of-its-kind collaboration for the company. Conceptualized and designed by Morehouse and Spelman alumni at Ralph Lauren, the collection also marks the first time the brand has produced a marketing campaign with an all-Black cast and crew, including its photographer, creative directors, cinematographer and talent.

“This collection expresses the spirited history, deep sense of community and legacy of timeless dressing at historically Black colleges and universities,” Ralph Lauren, executive chairman and chief creative officer of Ralph Lauren Corp., said in a statement. “It’s so much more than a portrayal of a collegiate design sensibility. It’s about sharing a more complete and authentic portrait of American style and of the American dream — ensuring stories of Black life and experiences are embedded in the inspiration and aspiration of our brand.”

The full collection — which includes outerwear, knits, tailored suits, dresses, footwear, accessories and more — references styles worn by Morehouse and Spelman students from the 1920s to 1950s. Ralph Lauren said that the line aims to capture the colleges’ deep history and honor their contributions to American style.

This history can be seen in the white patchwork eyelet and silk wrap dresses, which anchor the Spelman collection and symbolize the highly anticipated white attire ceremony that students’ induction into the college. Similarly, a wool flannel blazer serves as an homage to the Morehouse blazer, a garment traditionally bestowed to students during their first days on campus.

To further bring the collection to life, Ralph Lauren will release an accompanying film, called “A Portrait of the American Dream,” as well as a commemorative yearbook detailing the founding and historical significance of HBCUs through the lens of Morehouse and Spelman. Both feature rare archival imagery from each college juxtaposed against collection imagery on the campuses’ landscapes, with commentary from the presidents of both colleges and several faculty, alumni and student cast members present throughout the film.

The collection will be available to global consumers on March 29, on Ralphlauren.com, the Polo App, the Ralph Lauren App, Morehouse College and Spelman College Follett campus bookstores and in select Ralph Lauren stores while quantities last.

This collection is the latest step in Ralph Lauren’s mission to take action on racial equity and reexamine how the company portrays the American dream. In December 2021, the Ralph Lauren Corporate Foundation pledged $2 million to support scholarships for students at Morehouse College, Spelman College and 10 additional HBCUs through the United Negro College Fund.

Ralph Lauren is the latest company to deepen its connection with HBCUs. In February, DSW parent company Designer Brands made a $2 million investment to support the first Black-owned footwear factory and is launching an exclusive distribution partnership to sell products created in the factory in its stores. The program was launched via a partnership with footwear designer Dr. D’Wayne Edwards, the president of the Pensole Lewis College of Business & Design in Detroit — the first HBCU with a focus on design.

Also in February, Under Armour expanded its commitment to Morgan State University, an HBCU located in Baltimore. In addition to being the official outfitter of the university, Under Armour launched a career program for 50 students at the school to be able to learn from top UA talent. Through this program, students will have the chance to participate in a case study competition for the chance to win one of five $10,000 scholarships for the 2022-23 academic year.