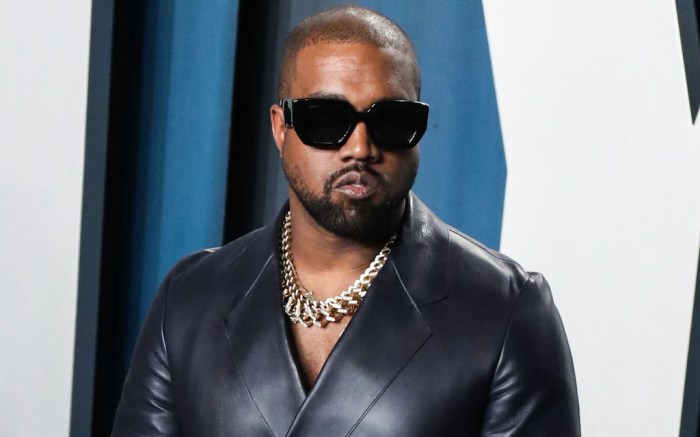 Kanye West took to social media again on Thursday to poke at Adidas.

This time, the rapper and fashion designer posted a fake front-page newspaper headline on his Instagram account that read, “Kasper Rørsted Also Dead at 60,” with the caption “God Loves Us.”

The headline was meant as a jab to the Adidas CEO, who announced last week that he will step down from his role at the athletic company next year. In fine print at the bottom of the paper, it read, “I know what you’re thinking…who is Kasper? but even less importantly who is Kid Cudi?”

FN has reached out to Yeezy and Adidas reps for comment.

This comes less than 24-hours after West posted a now deleted note to Instagram to share his plans to open one store in every U.S. state, starting in Atlanta and then expanding internationally.

“I’ll buy the land and or building,” West wrote in a note posted to Instagram. “Anyone who has over 10 years retail experience and is ready to change the world post your Instagram handle or store location in the comments and we’ll find you.”

West also added that he signed deals with Adidas and Gap Inc. “because it contractually stated they would build permanent stores, which neither company has done even though I saved both of those companies at the same time.”

This is not the designer’s first time publicly calling out Adidas. West in June took to Instagram to call out Adidas for allegedly coping his work. In his rant, West shared a photo of the Adidas Adilette 22 and called it “a fake Yeezy,” and demanded Adidas CEO, Kasper Rorsted, talk to him. He also previously addressed not having a seat on the Adidas or Gap boards in September 2020, and wrote “Black board seats matter” via Twitter. Later in the month, he took to Twitter and demanded to be added to both the Adidas and Gap boards and said he would wear Jordans until he landed a seat on the Adidas board and that he would not release anything until he was added to Gap.