Jo-Ann Fabric Will Close Stores in 2023: Here Are the Locations & Why Jo-Ann Isn’t Going Out of Business 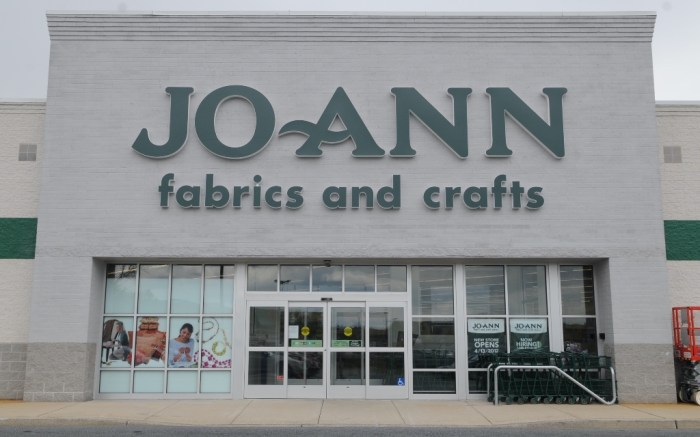 Beloved craft supplies chain Jo-Ann Fabric is staying in business — though, once 2023 begins, it will also herald eight store closures across the United States, according to reports. The move coincides with other retailers making similar cuts, including Big Lots, Bed, Bath and Beyond, as well as potential cuts at retailers, including Kohl’s.

In November, Jo-Ann was reported to close eight out of its 842 stores in the country — notably two locations in New Hampshire and West Virginia — beginning on Jan. 22, according to Best Life. The cause appears to partially stem from other arts and crafts retailers closing their doors in recent months, including Asel Art Supply and Fabric.com.

However, it’s also due to a downturn in customers populating arts and crafts stores, according to CBS 8 News and Newsbreak. During the height of the COVID-19 pandemic in 2020 and 2021, retailers actually saw a rise in sales and foot traffic while people were spending more time — and exploring their creativity — at home. Now, however, a “return to normal” appears to be taking that foot traffic back.

According to a CBS 8 News interview with Jo-Ann Fabric’s public relationships manager Shauntine Lilly, the retailer is not permanently closing all of its stores. In fact, the limited number of store closures also arrive at a time when the brand is opening undisclosed new locations, a longtime trend within its brick-and-mortar retail plans.

“In alignment with standard brick and mortar business processes, Jo-Ann closes stores occasionally while simultaneously investing in, and opening brand new stores to best meet the needs of our customers,” Lilly stated.

As Jo-Ann’s closures begin, they’re sure to affect their local communities who favor arts and crafts pursuits. Below, you can discover which Jo-Ann Fabric locations will be closing in the coming months.

More updates to this story will come as more announcements are made in the future.