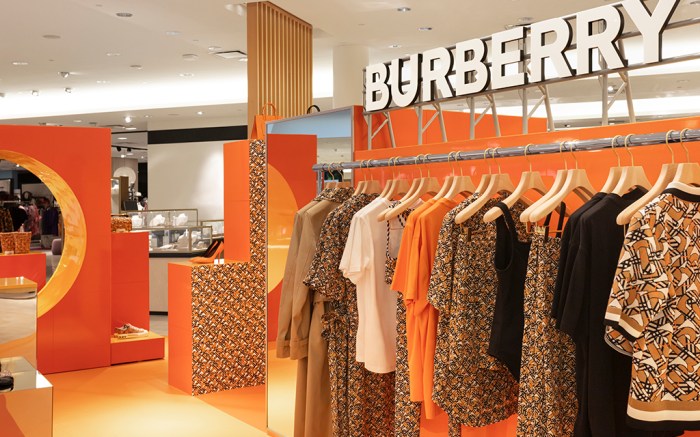 LONDON – British fashion brands and retailers have joined the nation in mourning following the death of Queen Elizabeth II on Thursday, temporarily shutting stores and postponing events scheduled for the coming weeks.

Burberry, a Royal Warrant holder, or official supplier to the royal family, has canceled its spring 2023 fashion show, which had been scheduled to take place at 1:00 p.m. on Sept., 17 during London Fashion Week, scheduled for Sept. 16-20.

As reported, the British Fashion Council has said that shows and presentations of collections can continue, “but we are asking that designers respect the mood of the nation and period of national mourning by considering the timing of their image release.”

A date for the queen’s funeral has not yet been set, but it is expected to take place during Sept. 17-19. The day will be designated as a public holiday.

As soon as news of the queen’s death was announced on Thursday evening, hundreds of mourners have been gathering outside of Buckingham Palace to pay their respects and leave flowers. On Thursday night, they gathered in the pouring rain to bid farewell to the monarch, who died, aged 96, at her Scottish home, Balmoral.

Burberry has held a warrant from Queen Elizabeth for trenches and weatherproof clothing since the 1950s. It holds another warrant from King Charles III for clothing.

On Thursday, in the wake of the queen’s death, Burberry CEO Jonathan Akeroyd said the late monarch “will forever be remembered with deep admiration, respect, and affection by everyone at Burberry. We join the Royal Family in mourning her loss.”

More than 800 companies, in Britain and elsewhere, are Royal Warrant holders, supplying goods and services to the royals. Although these companies do not have to follow royal protocol and pause business, many of them have made the decision to do so.

Selfridges, which holds a warrant from Queen Elizabeth as a supplier of food and household goods, said its stores in London, Manchester, and Birmingham, England would be shut from Thursday at 8:00 p.m., and remain closed all day on Friday. They will reopen on Saturday.

“Over the past 70 years, Her Majesty has been dedicated to the service of our country and the Commonwealth, demonstrating an enormous sense of duty and commitment,” the retailer said on Instagram. “Our thoughts are very much with the Royal Family at this time, as the country comes together to pay tribute and remember Queen Elizabeth II.”

Other Royal Warrant holders include Launer, the maker of Queen Elizabeth’s favorite handbags; John Lobb, Tricker’s, Crockett & Jones and Hunter for footwear; Barbour; and Lyle & Scott. The list also includes many tailors such as Anderson & Sheppard, which has been making suits for Prince Charles (now King Charles III, for decades); Gieves and Hawkes, which looks after royal military uniforms; Henry Poole & Co.; and Turnbull & Asser.

On its website, Launer described the queen as “a truly remarkable monarch, dearly loved and admired worldwide. We extend our deepest sympathy to her family at this gravely sad time.”

In extending her condolences, Margaret Barbour, chairman of Barbour, said she has been “very proud and honored to hold Her Majesty’s Royal Warrant since 1982.”

John Smedley, which was granted a Royal Warrant for fine knitwear in 2013, said the brand has had a longstanding association with the British royals for many years and welcomed the queen to its Lea Mills factory twice, in 1968 and in 2014. “Both visits retain wonderful memories for the company and individual staff who noted Her Majesty’s warmth, candor, and personable nature.”