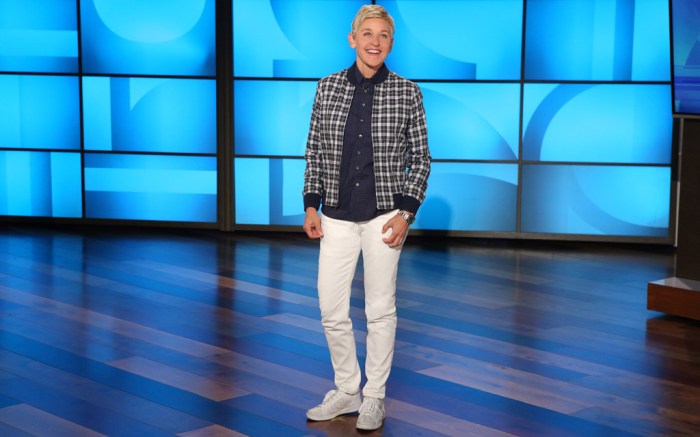 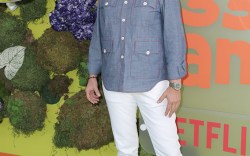 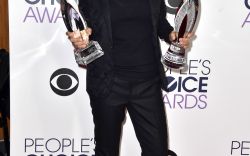 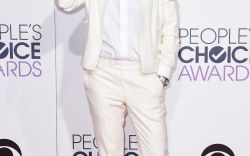 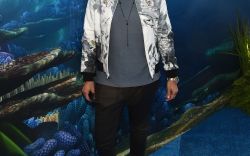 It’s an end of an era. After 19 years, “The Ellen DeGeneres Show” is coming to a close. Today, the popular daytime talk show aired its final episode.

For its final tapings, popular guests have appeared including the Kardashians, Mila Kunis, Justin Timberlake, Kate McKinnon and Oprah Winfrey. The latter of which knows all too well what it feels like to end a show. “There will never ever be a time like this,” Winfrey said during her appearance. “Families come together, relationships are built, it becomes home.”

Winfrey has been a mentor for DeGeneres through the years. The comedian told FN that she was one of the world’s most influential women. “Where she came from and her life and what’s she accomplished is pretty amazing,” DeGeneres said.

And on the final show, Jennifer Aniston — who as DeGeneres’ first-ever guest — appeared. The two reminisced on their outfits they wore 19 years ago for the first show. Aniston said she didn’t have a stylist at the time and a pair of Seven Jeans and a white tank top. On Thursday, the actress chose a black cut-out jumpsuit and sandals.

Billie Eilish also made an appearance on Thursday, while Pink performed “What About Us,” for the very last music performance on the show.

Despite the last two years of controversy for “The Ellen Show” (toxic-workplace claims surfaced in 2020, which incited resulted in an investigation from WarnerMedia and three producers were fired from the show), DeGeneres’ talk-show run is cemented into pop-culture history and her impact goes beyond dancing and her “Be Kind” mantra.

By the time the show debuted in 2003, DeGeneres had helped permanently change the conversation on equality, acceptance and inclusion after coming out as gay in 1997’s historic “Puppy Episode” from her “Ellen” sitcom.

“I had no intention of breaking barriers,” DeGeneres told Footwear News in her 2016 cover story. “I was just trying to have a career, and I also just happened to be gay. I decided it was not really worth the burden of a secret like that. Any kind of secret carries a lot of shame, and I didn’t want to live with that shame. I wanted to be free from that and feel proud of myself, and so I just decided to be honest. And coincidentally, it broke barriers.”

That sentiment without a doubt carried over to the talk show and its inspired her audience day in and day out to live their lives authentically.

As the comedian embraced her identity, she also grew more comfortable expressing her sense of style, too. “I had a way of dressing that isn’t the way most women were dressing,” said DeGeneres. The star soon began to notice that many people wanted to emulate her look. “I started seeing women come to the show attempting to dress like me. I would see versions of myself in the audience, and I thought, ‘There’s a market here.’”

This led to launch of her lifestyle brand ED Ellen DeGeneres, but before that, it was all about having confidence.

“I got more comfortable in dressing in the way I want to dress instead of what I think I’m supposed to dress like,” she said. “That’s what is great about fashion. It should be your own unique, individual expression. It doesn’t need to be what everyone else is doing.”