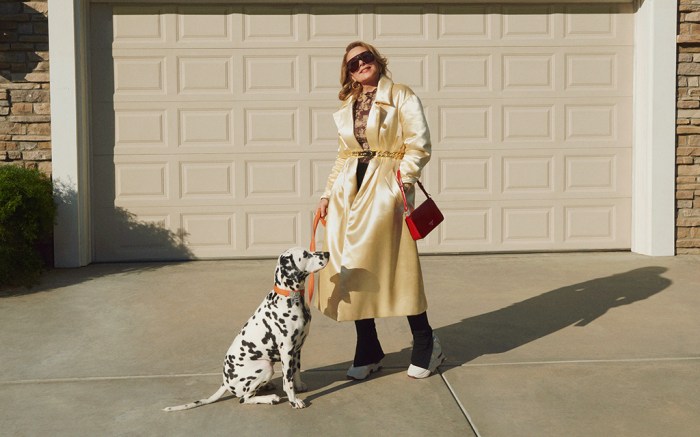 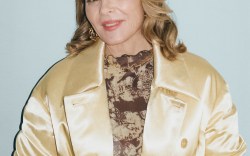 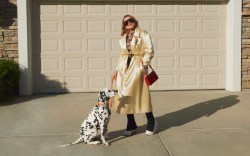 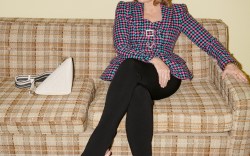 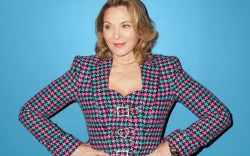 Kim Cattrall is flexing her fashion plate status in a new campaign for Farfetch.

Following Farfetch’s “The Art of Choice” project with Magnum Photos in September, this new campaign takes inspiration from the referential moodboard culture that infuses the world of fashion and pop culture, with each star channeling their own favorite reference.

In the campaign, Cattrall is seen referencing a chic persona wearing pieces like a butter yellow silk trenchcoat with red Prada bag and a pink and blue-printed sculptural jacket with a white Prada bag.

Hartnett goes with a laid-back style, wearing a brown fitted jacket with black trousers in one photo and an untucked blue striped button-down shirt in another.

According to Farfetch, Cattrall was chosen because she’s “one of the most referenced fashion icons of this day and age” thanks to her beloved role as Samantha Jones in the hit HBO series. Hartnett brings in his own devoted fan base of a different generation, while Isabel and Lacy were chosen to represent a new generation of talent and for their respective unique styles.

“We really wanted to create a campaign that ultimately communicates to consumers that there are no expectations when it comes to their self-expression through fashion,” Holli Rogers, chief brand officer at Farfetch said in a statement. “Our protagonists in the #YourChoiceYourFarfetch campaign represent fashion lovers across a range of ages and style references, choosing the pieces that make them feel more confident and empowered.