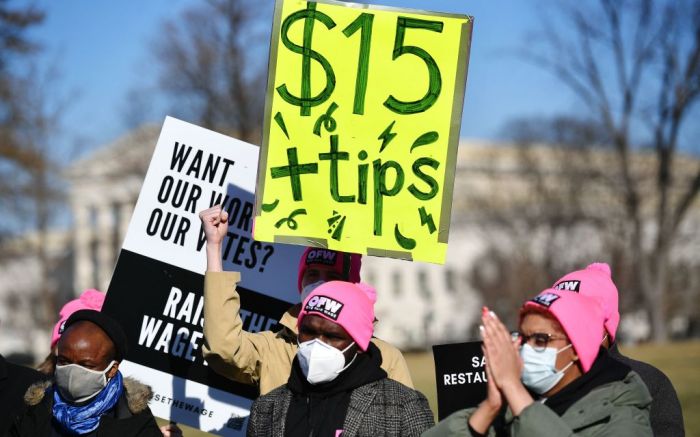 Minimum wage is currently on the rise in nearly half of the United States. According to a report given exclusively to USA Today by the National Employment Law Project (NELP), at the start of the new year 21 states and 41 cities and countries are preparing to increase their minimum wage rates.

For the first time, $15 dollars an hour will become the base pay in Massachusetts and Washington, aligning them with California and most of New York City. However workers outside of New York City, Long Island and Westchester County will see an increase by $1 per hour, which will make the pay go from $13.20 to $14.20, as of Dec. 31.

The National Employment Law Project also reports that minimum wage will keep rising throughout 2023, ultimately leading to a record 86 jurisdiction of 27 states and 59 cities and countries boosting their base pay. Minimum wage for home care aides, which took effect in October, will also go up to $16.20 an hour in counties outside of New York City.

Virginia is also one of the 25 states that will see an increase in minimum wage next year. The current minimum wage rate is $11, effective Jan. 1, 2023, the states rate will increase to $12 per hour. Moving forward, any additional increases will need to be approved by lawmakers.

Although inflation remains high at the moment, Americans are feeling hopeful about the economy in the new year. Consumers are also more upbeat about business and labor market conditions with the Conference Board index that measures those sentiments, increasing to 147.2 this month as compared to 138.3 in November.