The First Styles From Yeezy Gap’s Balenciaga Collab Are Here 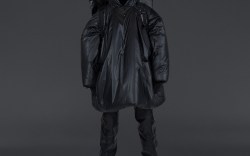 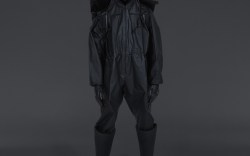 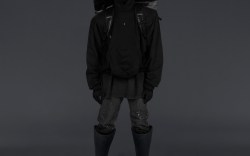 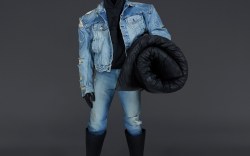 After much speculation and confusing internet chatter, Kanye “Ye” West and Demna Gvasalia have introduced their first limited release of their new creative project, “Yeezy Gap Engineered by Balenciaga.”

The debut offering coincides with Ye’s “Donda 2” album launch performance, which was kicked off by the rapper on Feb. 22 at LoanDepot Park in Miami.

The first eight styles from the new project between Ye, Balenciaga’s creative director, and Gap reflect on the retailer’s “timeless silhouettes translated through the lens of Ye and Demna’s shared vision of utilitarian design,” Yeezy Gap said in a short statement on Wednesday.

Styles include a denim jacket and pant as well as a range of logo T-shirts and a hoodie. Yeezy Gap also said that an abstract dove motif is seen throughout the pieces which “represents an unnamed hope for the future.” Editor’s note: In a lookbook released by Yeezy Gap on Wednesday, the brand shows the first eight pieces styled with other items that may drop in the near future (see gallery above).

This confusing timeline is only reinforced by a countdown clock that appeared on the Yeezy Gap website on Monday morning hinting at a Tuesday afternoon release. The clock appeared three separate times before being taken down altogether on Tuesday.

Nevertheless, the first eight styles of “Yeezy Gap Engineered by Balenciaga” are now available globally for purchase on Yeezygap.com and Farfetch.com. Retail prices range from $120 to $440.