Bubba Wallace On His New Signature Collection for Columbia, the Fight for Social Justice & a Big Netflix Project 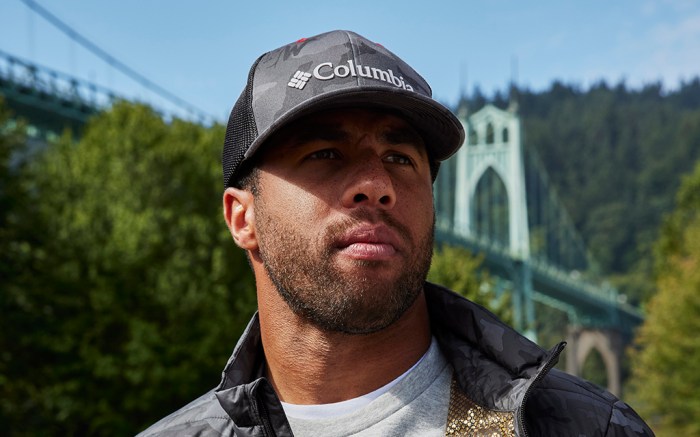 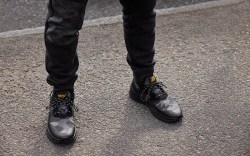 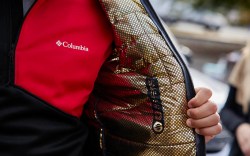 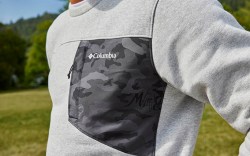 Darrell “Bubba” Wallace has managed to make a name for himself both on and off the racetrack.

Off the track, Wallace has taken on the issue of social justice, convincing NASCAR to ban the Confederate flag at all of its tracks. He’s also an avid photographer and outdoor enthusiast, which falls into Columbia’s wheelhouse.

In August of 2020, the brand brought Wallace on board as an ambassador and hinted that the relationship would eventually be bigger than just having the Columbia name on his racecar. And on Wednesday, the Portland, Ore.-based outdoor sports brand will introduce its first signature collection developed for a sponsored athlete: the Bubba Wallace Collection.

The seven-piece collection of outerwear, sportswear and footwear features Columbia’s latest technologies along with elements inspired by Watson’s lifestyle, including pops of red and black as a nod to his 23XI Racing Team, and gold on the zippers and logo to add a touch of regality. The collection also sports a camouflage print in gray, the driver’s favorite color, and a custom logo — his initials around a “Hook ‘em Horns” illustration.

The BW Collection includes a lightweight puffer with a bright gold Omni-Heat Infinity thermal-reflective lining for $160; a Wildone water- and stain-resistant shoe for $120; a long-sleeved quarter-zip pullover for $75; a crewneck sweatshirt for $60; a knit jogger for $80; a short-sleeved graphic T-shirt for $30, and a ballcap for $30. The collection will launch on the Columbia e-commerce site and at select Columbia retail stores on Wednesday.

Here, Wallace discusses the Columbia partnership, the upcoming season and his other off-the-track endeavors.

WWD: Your signature collection is finally being released, are you pleased with how it came out?

Bubba Wallace: I think what we were able to come up with is very comfortable, it has a lot of functionality. It’s incredible to see it all come to fruition. We started in August of 2020 and it was a lot of creative minds getting together to incorporate the pieces I thought would be the best for consumers to buy.

WWD: Have you ever done any design work before?

B.W.: I have not. This was new for me. I didn’t know what I was walking into but I was able to express my mind freely and they were able to take my words and put them into ideas and imagery and come up with what we have now.

WWD: How did you put your mark on the collection?

B.W.: We wanted it to have a little personality to it and incorporate some of my fashion for creativity. My favorite color for some reason is gray — my whole wardrobe is gray. But we added some other colors to make that gray pop: black, reds, golds and whites. The gold was like a sense of royalty, everybody wants to feel that sense of royalty sometimes in their life and that makes it stand out even more. It’s not in your face unless you open up the lightweight puffer jacket. That has the new Omni-Heat technology, so it’s all gold on the inside but on the outside it’s a little more subtle. There’s camo on the puffer and the sweatshirt that ties into the jogger pants. And inside the camo is my BW logo. They’re all in different locations so no one is the same. It’s really special to be able to express my ideas and thoughts and have it come out to this.

WWD: This is the first signature collection Columbia has done with anyone. How does that make you feel?

B.W.: It’s awesome. Ever since we signed up, it’s been a perfect fit for both of us. The on-track stuff is nice, but the question was: how can we be better off the track and give product to people that they’ll hopefully love? Columbia’s been good to me, but they made me buy a new house because they sent me so much stuff that I don’t have enough storage. But that’s a good problem to have I guess.

WWD: Are you going to continue this collection beyond this season?

B.W.: I hope so. We haven’t really talked about that — [we’ll decide after] we get through this collection, get people’s feedback, see what they would like and implement that. Hopefully we don’t need any changes but something is always evolving. Columbia is going to come out with something new and better that I’ll want to incorporate into my collection. The whole process was fun so I’m already signing us up to do another one.

WWD: Is this your off-season?

B.W.: Kind of, but we’ve been busy since Jan. 1. We start racing on Feb. 6, The Clash at The Coliseum in Los Angeles.

WWD: You had shoulder surgery in the off-season, so are you recovered and ready?

B.W.: Yes. On the 10th, it will be three months and they said I should be back to 100 percent then. I feel like I’m probably at 95 percent. I feel really good inside the car and outside the car, so no issues there. Toyota and all the medical staff they provided me with did a great job. I’m still going through therapy to push my shoulder to new limits and get back to 100 percent. So we’ll be good, we’ll be ready to go.

WWD: You also have a Netflix documentary series coming out in February chronicling your life on and off the track. Do you take any time off at all?

B.W.: My manager thinks I just lay around, but I don’t take any time off. There are a lot of good things happening in February. The season is starting, I’m dropping this new Columbia line on the 2nd and the Netflix deal is at the end of the month. That was a cool process, to have them be there and capture content — be a fly on the wall — it’ll give the fans and new viewers hopefully something they like to watch.

WWD: You’ve also been pretty vocal about social responsibility in the last couple of years. Do you feel you’ve made an impact?

B.W.: With everything that’s gone on in my life in the last two years, trying to create good out of that has definitely been at the forefront of my agenda. I encourage everybody to be good human beings and treat each other with respect. To me, it’s not hard. I wake up every day and don’t carry hate in my heart. Now, there are a few drivers that I dislike, but that’s a different story. But from a social justice standpoint, there’s still a lot of work to be done and it’s good to have partners like Columbia who are behind you in this journey. They want to stand and represent the same thing. It’s not the on-track support they give, it’s the ones who stand with you through the thick and the thin that really mean a lot.