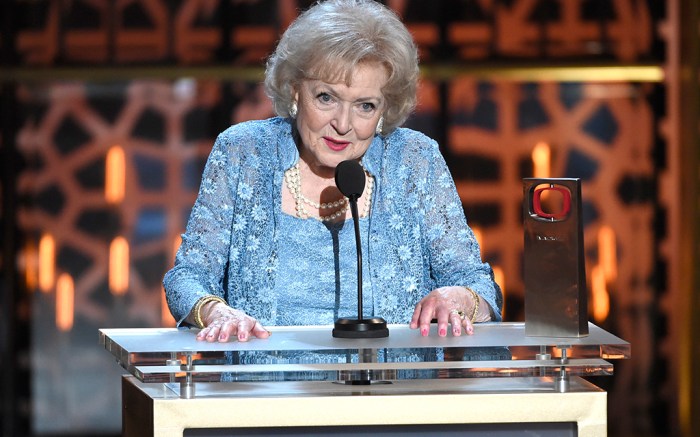 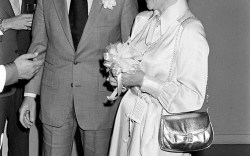 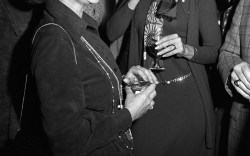 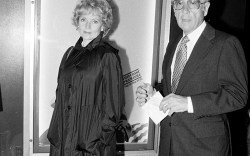 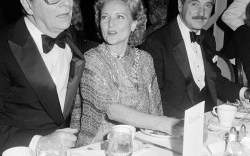 Kenneth Cole, Brian Atwood, Ryan Reynolds, Halle Berry and Reese Witherspoon are among the designers and celebrities taking to social media on Friday to honor the life of legendary comedian Betty White.

White died on Friday morning at her home just weeks before her 100th birthday, Variety reported. She was 99.

White was known for her work on the hit television show “The Golden Girls,” hosting “SNL,” “Hot in Cleveland,” “The Proposal,” and “The Mary Tyler Moore Show.” She was also the first woman to produce a television show and the first woman to receive an Emmy nomination. She has won five Primetime Emmy Awards, two Daytime Emmy Awards — her first in 1951 and most recently, 2011.

Designer Kenneth Cole paid tribute to White on his Instagram Stories posting a quote by White that says “I have no regrets at all. None. I consider myself to be the luckiest old broad on two feet.”

Footwear designer Brian Atwood also paid tribute to White on his Instagram Stories with a broken heart emoji along with an announcement of her passing.

Ryan Reynolds shared this heartfelt statement on Twitter: “The world looks different now. She was great at defying expectation. She managed to grow very old and somehow, not old enough. We’ll miss you, Betty. Now you know the secret.”

Actress Reese Witherspoon also took to Twitter to post: “So sad to hear about Betty White passing. I loved watching her characters that brought so much joy. Thank you, Betty, for making us all laugh!”

On her Instagram Stories, actress Halle Berry wrote a touching tribute: “Thank you for being a friend, Betty! Your incredible legacy lives on forever. May you rest in eternal peace our forever Golden Girl.”

Fellow comedian Ellen DeGeneres said on Twitter: “What an exceptional life. I’m grateful for every second I got to spend with Betty White. Sending love to her family, friends and all of us.”

“Will & Grace” star Debra Messing also mourns White, writing on Twitter: “Betty White. Oh noooooooo. I grew up watching and being delighted by her. She was playful and daring and smart. We all knew this day would come but it doesn’t take away the feeling of loss. A national treasure, indeed. Fly with the Angels.”

And CNN anchor Don Lemon wrote on Twitter: “RIP #BettyWhite. You will be dearly missed. Such an honor to have been able to sit down and speak with you….They don’t make ‘em like that anymore. #Legend.”

SNL alum and TV host Seth Meyers added this on Twitter: “RIP Betty White, the only SNL host I ever saw get a standing ovation at the after party.  A party at which she ordered a vodka and a hotdog and stayed til the bitter end.”