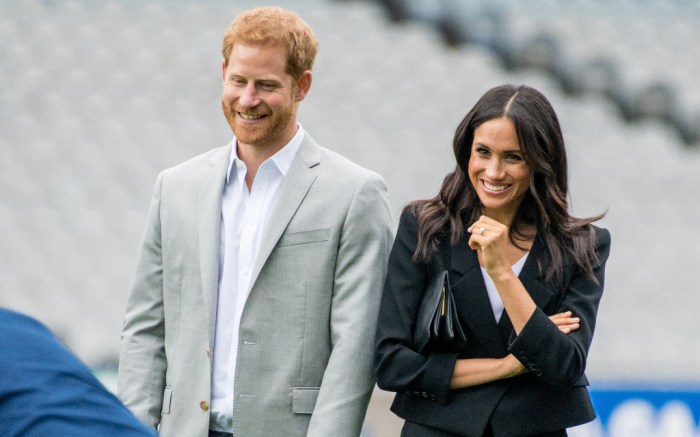 Meghan Markle and Prince Harry have welcomed their second child.

“It is with great joy that Prince Harry and Meghan, The Duke and Duchess of Sussex, welcome their daughter, Lilibet “Lili” Diana Mountbatten-Windsor, to the world. Lili was born on Friday, June 4 at 11:40 a.m. in the trusted care of the doctors and staff at Santa Barbara Cottage Hospital in Santa Barbara, CA,” the official statement read.

The little girl weighed in at 7 lbs and 11 oz. At this time, “Both mother and child are healthy and well, and settling in at home.”

The sweet moniker is of course a tribute to Prince Harry’s royal roots. Lili is named after her great-grandmother, Queen Elizabeth, “whose family nickname is Lilibet,” the couple shared.

“Her middle name, Diana, was chose to honor her beloved late grandmother, The Princess of Wales,” the couple continued. Princess Diana tragically died in 1997 following a car crash in Paris.

Lilibet’s arrival comes after Meghan and Harry welcomed their son Archie Harrison Mountbatten-Windsor in May 2019 — a year after their historical wedding St. George’s Chapel at Windsor Castle.

Meghan and Harry announced they were expecting their second child in February. The exciting news was announced on Valentine’s Day via the couple’s friend and photographer Misan Harriman. Harriman shared a sweet black and white photo of Meghan and Harry gazing lovingly at each other while lounging in a field of grass.

For the celebratory announcement, Meghan is seen in a flowy dress from Carolina Herrera that showcases her growing baby bump. The look not only highlights her pregnant belly, but also holds a special meaning. The dainty frock was first made when Meghan was pregnant with Archie.