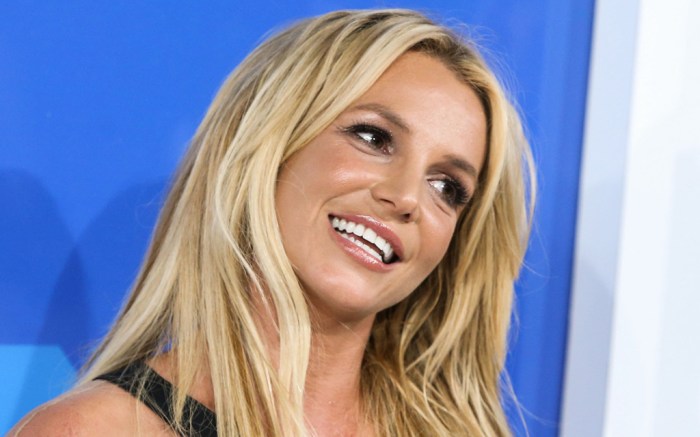 Britney Spears is putting her best foot forward—literally—while looking towards a hopeful future.

The Grammy Award-winning singer took to Instagram to share a Reels video yesterday answering fan questions. However, instead of past questions related to clothing, fragrances or music, the star opened up about what she’ll do after being freed from her widely publicized conservatorship.

In the video, Spears directly addresses how her life has changed since her conservatorship was terminated last week. “I’ve been in a conservatorship for 13 years—it’s a really long time to be in a situation you don’t want to be in!” said Spears, adding how “little things” like having car keys, an ATM card and buying candles “makes a huge difference.”

The singer looked empowered in a puff-sleeved floral crop top and black shorts. Her look was complete with boho string bracelets and a gold arrowhead necklace. However, Spears’ boldest accent came from her signature towering high heels. The brown pair she wore in the video included rounded toes, platform soles and heels totaling at least 5 inches in height—adding to the singer’s confident nature.

Spears also used the video to share her hopes to advocate for people in similar conservatorships.

“I’m not here to be a victim. I lived with victims my whole life as a child—that’s why I got out of my house and I worked for 20 years, and worked my ass off,” said Spears. “I’m here to be an advocate for people with real disabilities and real illnesses. I’m a very strong woman, so I can only imagine what the system has done to those people. So, hopefully my little story…hopefully my story will make an impact and make some changes in the corrupt system.”

The “Toxic” singer used the moment to further thank the #FreeBritney movement for raising public awareness towards her own conservatorship.

“The #FreeBritney movement. You guys rock! Honestly, my voice was muted and threatened for so long, and I wasn’t able to speak up or say anything,” the singer revealed. “Because of you guys and awareness of knowing what was going on and delivering that news to the public for so long, you gave it awareness to all of them—and because of you, I honestly think you guys saved my life in a way, 100%.”

She also took aim at online discouragement or negativity towards the movement itself.

“I know there’s a lot of jokes about the #FreeBritney movement. We’re not free, we’re expensive!” laughed Spears. “Okay, birdies, I’m expensive too.”

Spears is looking forward, as her video’s caption hinted at a potential future interview with Oprah. In the meantime, the singer encouraged her followers to enjoy the upcoming holiday season.

“Let’s move forward. God bless you all,” said Spears in the video. “We’re going to have a good year, a good Christmas, and rock on!”

Click through the gallery to discover Spears’ boldest red carpet moments over the years.