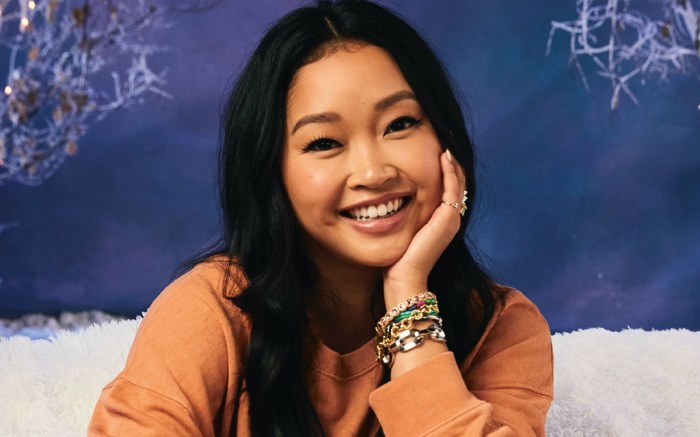 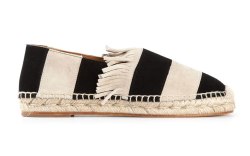 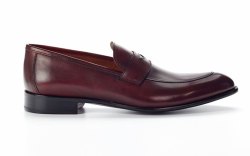 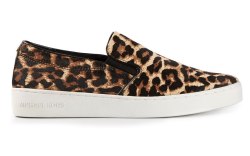 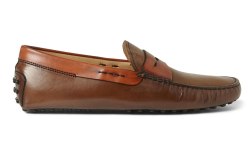 Though Lana Condor has a range of roles under her belt, her latest is extra festive: Victoria’s Secret Pink campaign star. For the brand’s new “Pink Unwrapped” video series with Lexi Underwood, the actress shares the joys of the holiday season and the importance of mental health.

“I think because this year has felt like a million years all in one, the fact that it’s almost to the holidays blows my mind,” Condor tells Footwear News. “Filming a holiday show really got me in the mood, and I was like, ‘Oh yeah, the holidays are coming up. This is so exciting,’ because I love celebrating and I love being with my family during the holidays.”

As a longtime mental health advocate and Pink fan, Condor was quick to join the “Unwrapped” project. The weekly video series features her and Underwood hosting a holiday variety show with performances like poetry and dance. The project was made with the JED Foundation, which has received a $200,000 donation from Pink to support mental health resources for young adults. In particular, it highlights the importance of self-care and managing stress.

“Mental health issues can be heightened in the holiday season because it is a stressful time for a lot of people, especially with the given circumstances of the pandemic,” says Condor. “During the most festive period of our life we have to put ourselves first, and have to value ourselves and have to take care of ourselves, because there’s no way that we can be there for others and our loved ones if we neglect ourselves.”

As winter nears, the star is favoring comfortable—and possibly controversial—shoes. “I know that Crocs are a hot topic and you either love them or you hate them, but I recently rediscovered platform Crocs and I’ve been bedazzling them with all the little jewels you could put on them,” says Condor. “It is so much fun, and I didn’t think that I was going to love them—but I really love them, it’s so much fun and you can really dress them up for the holidays.”

Condor also loves chunky boots for the months ahead. “I wore these awesome chunky leather boots for some Pink artwork, and I’m obsessed,” says Condor. “They dress up monochromatic sweatsuits really, really well. I’m all about being cozy this season, so I’ve been wearing a lot of sweatsuits and dressing it up with heels and some jewels and calling it a day. You can never go wrong with a chunky boot.”

Condor is also valuing comfort in fashion, as well. “I think a lot of this year, people have been prioritizing comfort because it has been such a chaotic time, and so we want to feel comfortable,” she says. “Monochromatic sweatsuits are awesome. I’ve been loving all the oversized blazers with the biker shorts and a chunky sneaker. A platform sneaker has been great, because you look business but you’re also very comfortable.“

In addition to HBO Max’s upcoming film “Moonshot,” Condor has a range of projects underway. The actress just wrapped the first season of Netflix’s “Boo Bitch,” which she describes as a “raunchy, coming-of-age comedy”—and happened to be her first time simultaneously producing and acting. She’s also set to film “Take Out” as both a star and producer.

“I wanted to make a show with the three things that I love, which is food, action and love. We made this show called ‘Take Out,’ which is about this young woman who lives in New York and she has a noodle shop, and that is a her day job. Her passion is cooking, and then her night job is fighting crime,” says Condor. “We haven’t started shooting that yet, but we are going to and it’s going to be a blast, I hope.”

Though the holidays aren’t here yet, Condor has already made her holiday wish list—and it’s focused on her nearest and dearest.