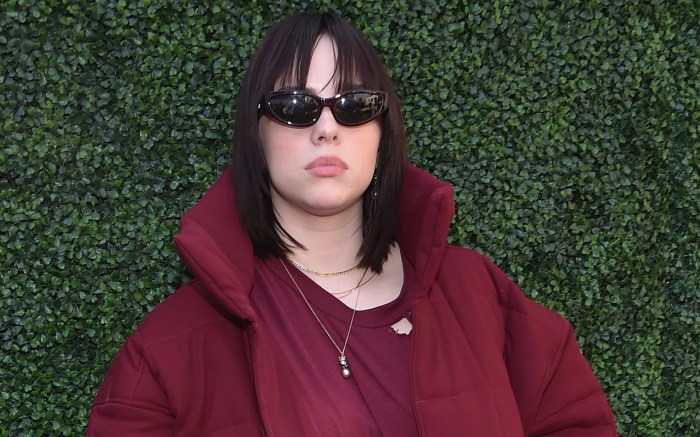 It looks like Billie Eilish and Nike have a collaboration on the way, which has her fans and sneakerheads alike revved up with anticipation.

After collaborating with Jordan Brand on the Jordan 1 Retro AJKO and the Air Jordan 15 sneakers — which both released this year — the singer has reportedly given the Nike Air Force 1 High a new look.

Eilish’s Nike Air Force 1 High will reportedly come in a “Mushroom” colorway, which is equipped with five Velcro straps that adds a layer of design and offers maximum security. Although Eilish didn’t change the core-DNA of the footwear, they still feel like the perfect medium of both Nike and the singer.

The seven-time Grammy winner also applied her branding to the shoes on the lace dubraes and packaging, and there is a customized message under the sockliner that reads, “It’s hard to stop it once it starts.” According to the sneaker leak social media account that shared images of the shoe, @imricosuav, the quality is a “10/10.”

The singer has already worn these sneakers, and fans are hoping they can get their hands on them as well.

Although images have surfaced, release info has not yet been revealed.

Eilish first collaborative sneakers of the year saw the Air Jordan 1 KO dressed in a bold volt hue that was on par with the songbird’s personal aesthetic. The other Jordan sneaker she reimagined was the Air Jordan 15 that incorporated a tonal light-brown colorway with premium leather uppers and matching shoelaces.