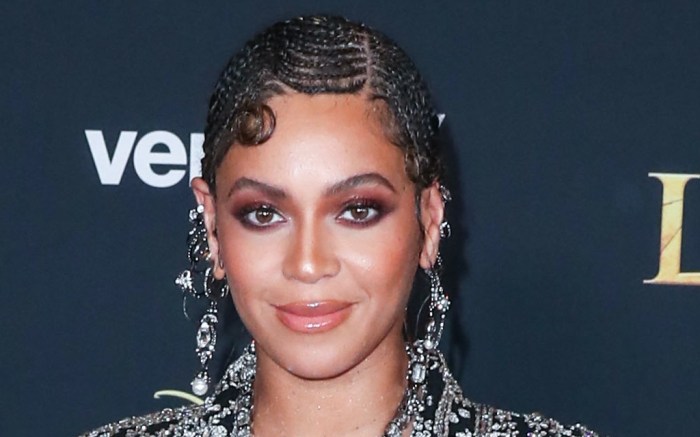 Beyoncé is getting us all in the holiday spirit with her new Ivy Park drop.

The hitmaker released a new campaign today for her upcoming collection release, Halls of Ivy. According to WWD, the fifth collaboration between Ivy Park and Adidas, which is slated to be released on Dec. 9, was created for children and adults alike to unite all people regardless of their background.

The campaign features a star-studded cast, including Beyoncé herself as well as basketball stars James Harden and Jalen Green. Children of celebrities, including Kobe and Vanessa Bryant’s daughter Natalia, and Reese Witherspoon’s children Ava and Deacon Philippe.

In the video,  Beyoncé is seen strutting through a smoke-filled room wearing a full plaid ensemble complete with long sleeves, shoulder pads, a cinched waist, and a mini skirt. She also accessorizes with a pair of oversized sunglasses. On her feet, the star is seen in a pair of brown block-heeled sandals.

In another shot, the mother-of-three is filmed sitting on a plaid couch in a wood-paneled room sporting a full blue look with a strappy top in a latex material with very on-trend boot pants. She matches the look with a PVC houndstooth trench coat.

Houndstooth seems to be a theme for the drop. The star is also recorded wearing a matching houndstooth set complete with a cropped top and leggings.

As reported by WWD, The drop is set to include 89 apparel pieces, 11 accessories and four new footwear models. The clothing will include updated versions of classic silhouettes including a patchwork puffer, a sequined duster, a bralette, knit pants, a romper, a faux leather skirt and a bodysuit with prices ranging from $45 to $600.

For footwear, the drop includes a new iteration of the IVP Super Sleek sneaker and boot. For children, the drop will include 34 apparel pieces.

Flip through the gallery to see Beyonce’s best red carpet moments over the years.