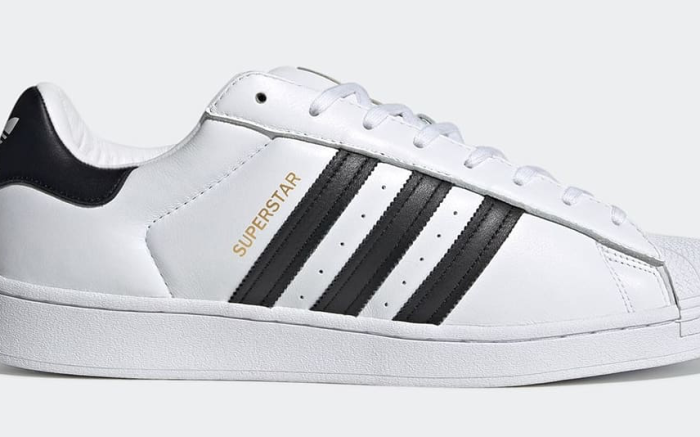 Following the German brand’s multi-year deal with the streetwear influencer, where he will design footwear and clothing for multiple seasons, Frost is preparing to drop his first shoe this month — which brings a new dimension to classic Superstar sneakers — as part of a forthcoming full collection. The low-top white leather sneakers have been given new life thanks to puffed leather uppers, created to make your feet look five times larger than their actual size. The whimsical style also boasts gold “Superstuffed” lettering on each side, as well as a black and gold patches on their tongues.

Frost has been quick to wear the shoes to a range of appearances in recent weeks, including the red carpet at the second Kerwin Frost Film Festival and in his own street style photos. He’s also released pairs to a select number of stars in the fashion and art fields prior to their undetermined launch this month, including artist Cali Thornhill DeWitt, musician DMC and supermodel Bella Hadid.

Puffed shapes have been trending since early 2020, when Bottega Veneta kick-started the “pillow clutch” to major fanfare. Brands like Coach, Saint Laurent and Mansur Gavriel soon released their own takes on puffy leather pieces over the last year. The trend’s kinship to puffy pillows is both quirky and comfortable, which took the fashion world by storm — and it hasn’t slowed down since. This season, the trend has overtaken footwear, with puffy slides, sneakers and sandals arriving from luxury brands like Givenchy, Balenciaga and Proenza Schouler — plus affordable labels like Toms and ROAM.

Though the launch date for his Adidas Superstuffed Superstar sneakers hasn’t been revealed at this time, Frost is already preparing his next launches in the upcoming fall season. This week, the Spaghetti Boys founder shared a photo on Instagram for redesigned Adidas Forum Mid sneakers. The style, expected to launch in September with a $250 price tag, includes blue and white leather uppers with face-like eye, nose, and teeth accents — plus blond hair that covers its heels. Frost is also rumored to be dropping a Forum Low style this year, as well.