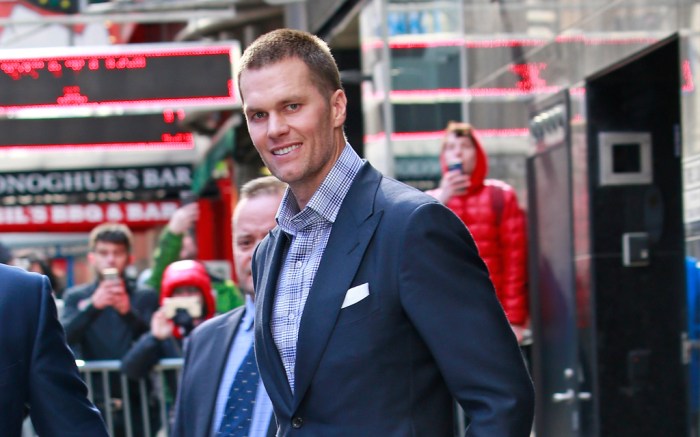 Tom Brady has enlisted a boldface roster of rising athletic talent to represent his clothing line.

On Thursday, the seven-time Super Bowl champion took to Instagram to announce the ambassadors of his new Brady clothing line. The label will partner with nine college athletes and one recent draftee, including Michigan quarterback Cade McNamara and Shedeur Sanders, the son of Tigers head coach, Deion Sanders. College athletes have been able to profit off of brands  since the end of June, and are able to endorse products, companies and services from Brady’s apparel.

The new clothing line is set to release on Jan. 12, 2022 and will focus on training wear and casual clothing, with the goal of becoming a Jordan Brand-esque cultural staple.

“I’m proud to partner with this lineup of NCAA and newly drafted athletes for the first BRADY campaign,” Brady wrote on Instagram. “These hardworking and driven players embody the spirit and ethos in which this Brady was founded. From my fellow Michigan Men in Cade McNamara and Andrew Fenty to Shedeur Sanders, Jermaine Samuels, and more, I’m excited for the world to first see BRADY on the next generation of superstars,” Brady captioned the post.

Brady officially announced the namesake collection in September. The brand has already made its debut in Nordstrom. The NFL star partnered on the clothing line with co-founder and CEO Jens Grede, who works with Kim Kardashian on her Skims brand, and designer Dao-Yi Chow, Public School New York co-founder.

Brady’s wife, supermodel Gisele Bündchen knows a thing or two about fashion, but she admitted that he loves clothes more than she does. “He has great taste and understands and really cares about what people want, what can help them feel good. That’s what fashion is about,” Bündchen said about her husband to WSJ Magazine

The activewear-focused collection is just one of many ventures Brady is exploring as speculation continues to mount about when he might retire. His TB12 fitness program already includes a book, supplements and workout gear, and he’s building an entertainment portfolio with a company called 199 Productions.