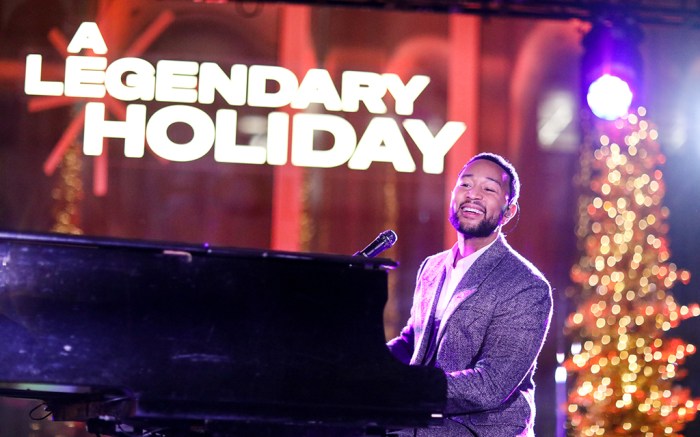 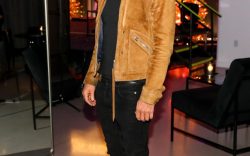 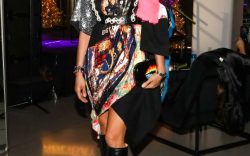 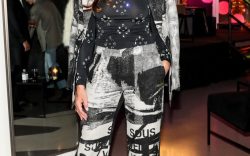 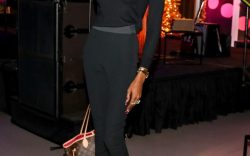 John Legend serenaded a cheerful crowd on Friday night as he celebrated his latest collaboration with Sperry at Nordstrom NYC.

The Grammy Award-winning artist sang his much-loved hits “Ordinary People” and “All of Me,” while also spreading holiday cheer with “Have Yourself a Merry Little Christmas” and “This Christmas,” among others.

The festive holiday night opened with a performance by emerging Seattle-based vocalist Shaina Shepherd, followed by an after party featuring a DJ set by Questlove. The evening was filled with holiday-themed fun, specialty holiday cocktails from Nordstrom NYC’s Bistro Verde restaurant and light bites.

Legend’s latest collection with Sperry is his first time collaborating with the brand on product design. Legend helped develop three new men’s styles for holiday. These styles include a boot, a chukka and a boat shoe that feature suedes and leathers, soft lambskin linings, and Vibram soles. Design details inspired by Legend such as a keyboard-print on the footbed, quotes by the musician printed on the inside of the tongue, and subtle hand-stitched “JL” branding can be found throughout the collection.

“It’s been such a pleasure working with Sperry over the past couple years,” Legend said of the collection in a statement. “I had been curating my favorite shoe styles from Sperry’s current assortment, and it’s so exciting to embark on this next chapter: designing my first capsule collection with Sperry. The styles are based on some of my favorite classic silhouettes from Sperry’s wonderful heritage, infused with my own personal style and sensibilities. They’re the kinds of shoes that will add a touch of freshness and sophistication to your look. I look forward to wearing these shoes myself, and I am so proud to present them to the world.”

Legend has served as Sperry’s global brand ambassador since 2020.

The musician, who starred on FN’s cover this summer, said the pandemic gave him more time for family and creativity as concert touring has been halted. It also yielded an abundance of inspiration for his Sperry partnership. “I don’t usually write when I’m on tour, so not being on tour means I’ve been more creative,” Legend said of how he has adapted. “It means I’ve been writing more songs. It means I’ve been able to engage with creative ideas more. It gave me more time to focus on this [Sperry collaboration]. I think I’ve been more creative during this time than I normally would be because I’m not running around as much.”

Discover all the stars who celebrated the holidays at Nordstrom’s “A Legendary Christmas” party with John Legend.