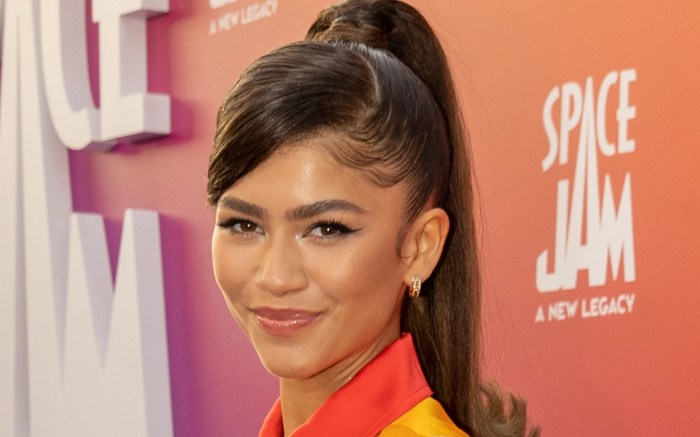 Zendaya brought her character to life last night at the red carpet premiere of “Space Jam: A New Legacy.”

Making an appearance at the event in Los Angeles, the actress channeled the character she plays in the new film, Lola Bunny, with her choice of hair and attire. The look kicked off with a high ponytail that paid homage to the animated bunny’s signature swooping bangs.

As for attire, the “Shake It Up” alumna herself tapped her beloved stylist Law Roach in putting together a bright Moschino resort ’22 ensemble; the outfit highlighted a mix of hard-to-miss shades in a coordinating jacket and shorts set.

To balance out the colorful tones of her outfit, Zendaya broke out a pair of bunny-white heels courtesy of Christina Louboutin. The red-bottomed heels featured a classic pointed-toe silhouette set with a rounded vamp and stiletto heel; similar designs from the French label retail for upwards of $775 at MyTheresa.


When it comes to the world of fashion, Zendaya is a major name to lock down for a brand. With help from her longtime stylist Law Roach, the former Disney Channel star oftentimes leans towards styles from Maison Valentino — as she is a house ambassador — along with Area, Versace, Armani and more top labels. For footwear, it can range from Nike and Vans sneakers to Christian Louboutin and Jimmy Choo stilettos.

Glow like Zendaya in these white heels inspired by her red carpet look.

Click through the gallery to discover more of Zendaya’s red carpet style over the years.