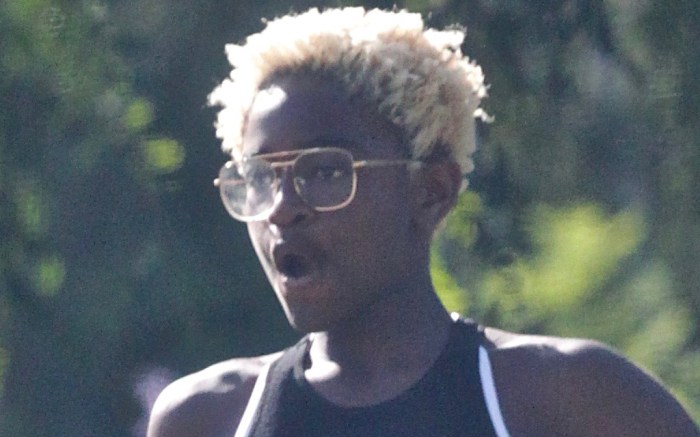 Gabrielle Union and her 13-year-old stepdaughter Zaya Wade refreshed fans’ memories of a cult-favorite film with references to “10 Things I Hate About You.”

Union, who starred in the hit 1999 film, took to TikTok to hop on a growing trend on the media platform, asking viewers to “tell us you’ve watched ’10 Things I Hate About You'” in style. While Union opted for a corset-style top and midi-length skirt, her teenage counterpart demonstrated how to bring the suiting trend into spring.

The daughter of Dwyane Wade and his ex-wife Siohvaughn Funches layered a bright green blazer with coordinating shorts over a purple knit sweater and white collared top. To complete her look, the teenager decided on a bright finishing touch with tall neon yellow boots.

Can you ever just be whelmed? #tellmewithouttellingme #10thingsihateaboutyou #yourturn

Union herself pulled off the styling trend yesterday on Instagram with a little help from another one of this season’s biggest silhouettes: knee-high boots. The design comes from FNAA-winning brand Paris Texas with a sleek leather upper and a slouchy fit at the ankle; the style can be found for $830 at ModaOperandi.com.

As for red carpet style and off-duty attire, you can find the “L.A.’s Finest” star in everything from Chanel, Cong Tri and Valentino to Cos, Reformation and, of course, her husband Dwyane Wade’s Way of Wade sneakers. Zaya Wade herself also follows in her stepmother’s bold style tastes, previously picking designs from Burberry, custom Richfresh designs, Ugg and more.