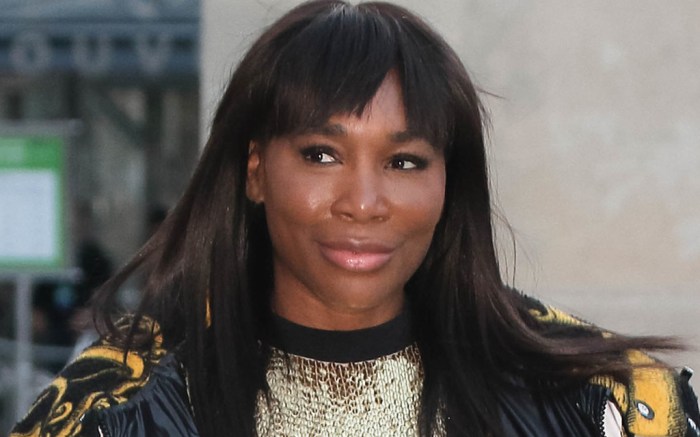 Taking place at the Louvre Museum this afternoon, the tennis pro arrived on the scene in head-to-toe pieces from the French fashion house. The ensemble kicked off with a sequined gold minidress layered under a puffer vest adorned with studs and a flattened collar.

In addition to her box clutch purse, Williams’ look for the show also included the wildest set of boots. The pair hit at mid-calf and featured a unique slouchy brown leather upper with a side zipper, resembling the sleeve of a motorcycle jacket. The silhouette, which debutet at the brand’s fall ’21 show earlier this year, also had a double buckled toe in contrasting shades and a towering wedge heel.

On the court, Williams of course opts for designs from her own EleVen by Venus label as well as Wilson, for which she serves as an ambassador. According to Forbes, Venus Williams’ many endorsements include previous deals with Wilson, Electronic Arts, Kraft, Ralph Lauren and Tide. Tied for 10th for the Highest-Paid Female Athletes of 2019, Venus’ total earnings racked her up $5.9 million with endorsements accounting for $5 million alone. And that’s not all: the athlete started her own YouTube channel last year and can bank up to six figures per appearance on the speaking circuit.

While Venus Willliams’ boots are hard to get your hands on, you can shop similar brown leather pairs below.

Click through the gallery for more of Venus Williams’ street style evolution over the years.