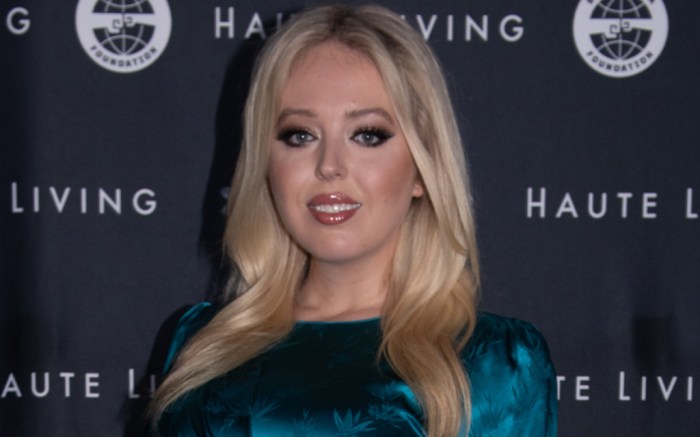 The former first daughter attended the formal event today in a silky formal blue dress complete with a floral embossed print; the design also featured a long-sleeve fit and a cinched waistline as well as a draped leg slit.


President Donald Trump’s term ended in a storm of controversy. In January, the House of Representatives started its impeachment trials for Trump following the violent riots led by his supporters that took place at the United States Capitol on Jan. 6.