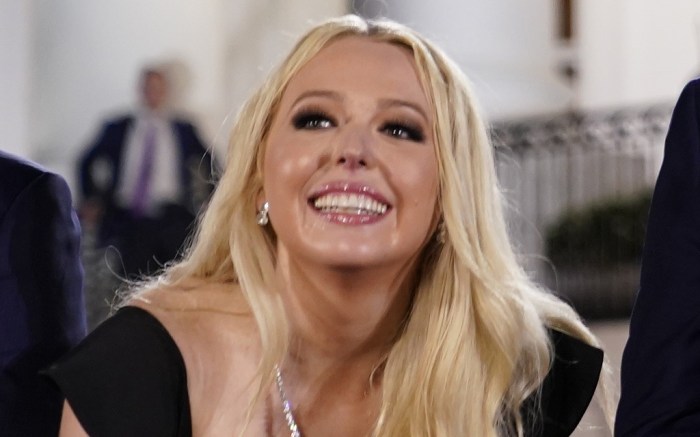 Tiffany Trump celebrated Mother’s Day with her mom Marla Maples this weekend, sharing images of them together on Instagram.

In one ensemble, Tiffany opted for a unique maxi-length dress complete with a comic-inspired pattern across the entirety of the number. She contrasted the printed design with studded stiletto sandals. The former first daughter appeared to tap Valentino for footwear, choosing what resembles the Italian brand’s Rockstud heels.

In March, Tiffany Trump stepped out on a balcony in Miami wearing a spring-inspired dress. The former first daughter was reportedly house-hunting in the coastal town, following in the steps of her half-sister Ivanka Trump; Ivanka was taking up residence in a condo in Miami with her husband Jared Kusher and three children but recently made her return to New York.

Spotted out in Florida, Tiffany herself took advantage of the sunny weather as she ventured outside in a floral minidress complete with a black, white and pink print and a ruffled hem. Though her choice of shoes could not be seen, the 27-year-old lawyer also modeled her engagement ring on her left hand.