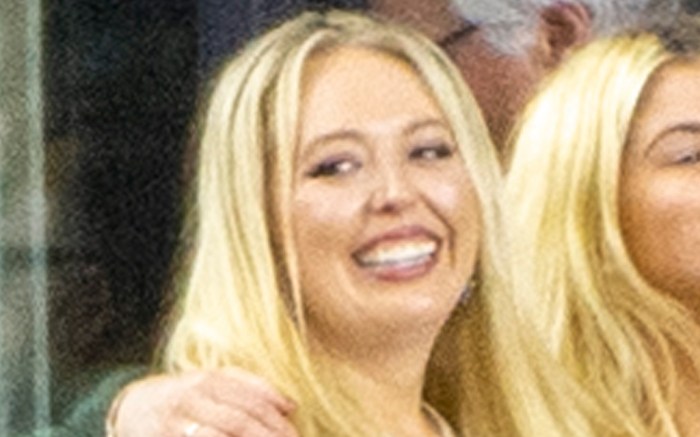 Tiffany Trump attended the Inter Miami CF soccer match over the weekend, watching as the team lost in a shutout game against D.C. United.

The former first daughter sat almost on the pitch at the Fort Lauderdale, Florida, arena with her fiancé Michael Boulos and another friend; Trump herself prepared for warmer weather in a white sundress with a laser-cut hemline. She also carried a quilted fuschia Gucci crossbody bag with an interlocking gold logo that retails for $990.

Earlier this month, Tiffany Trump celebrated Mother’s Day with her mom Marla Maples, sharing images of them together on Instagram.

In one ensemble, Tiffany opted for a unique maxi-length dress complete with a comic-inspired pattern across the entirety of the number. She contrasted the printed design with studded stiletto sandals. The law school graduate appeared to tap Valentino for footwear, choosing what resembles the Italian brand’s Rockstud heels.