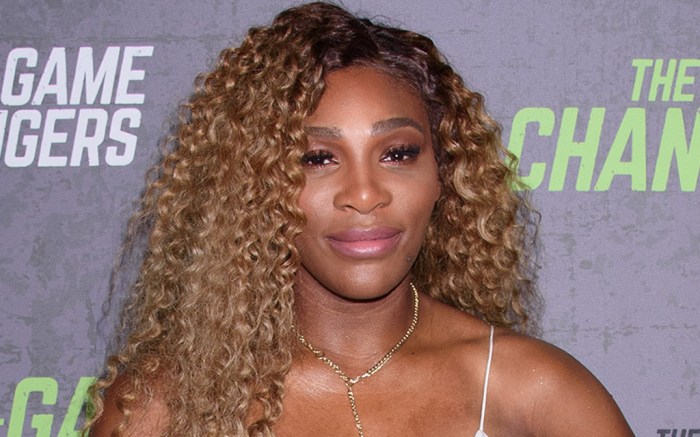 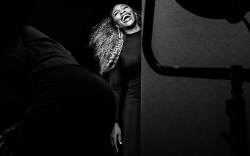 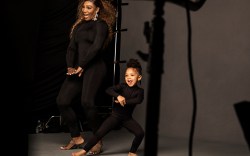 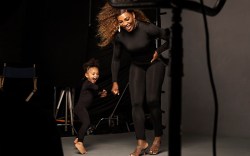 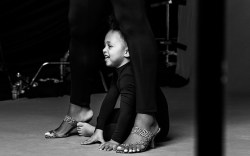 Serena Williams’ daughter crashed her latest photoshoot this week but no one seemed to mind.

The tennis pro was posing in pieces from her eponymous brand — including a neon blue ruched bodycon dress that comes with a built-in neck gaiter — when her 3-year-old daughter Olympia Ohanian decided she wanted to join in on the fun. Echoing her mom’s choice of attire, the toddler slipped on her best princess gown and even put on glittering sandals to match Williams’ PVC pumps.

“I was at a @serena photoshoot and Olympia decided to jump in, she said she wanted to take pictures. She of course already had her princess dress on,” wrote Williams in her caption on Instagram.

The professional athlete and her daughter are no strangers to a matching mother-daughter moment. Earlier this month, the pair coordinating with a little help from Nike, for whom Williams serves as a brand ambassador. Both modeled neon pink logo-adorned swimsuits with a coordinating bathing suit for Olympia’s favorite doll, too.

In May of 2020, Williams officially signed on as the newest global spokeswoman for Stuart Weitzman, starring in the brand’s spring and summer ’20 ad campaign. She has since appeared in shoots for its fall ’20 collection and, most recently, its spring ’21 campaign with her daughter, Olympia.

Williams has also been a Nike athlete since 2003 and has released a number of collaborative projects with the brand over the years. In 2019, the two powerhouses announced that they were looking for emerging designers to help create a Williams-inspired shoe and apparel collection for 2020. The athlete also created her own namesake apparel and accessories brand in 2018 and has since debuted capsules during New York Fashion Week.

Click through the gallery to discover more of Serena Williams and Olympia Ohanian‘s chic mother-daughter style.