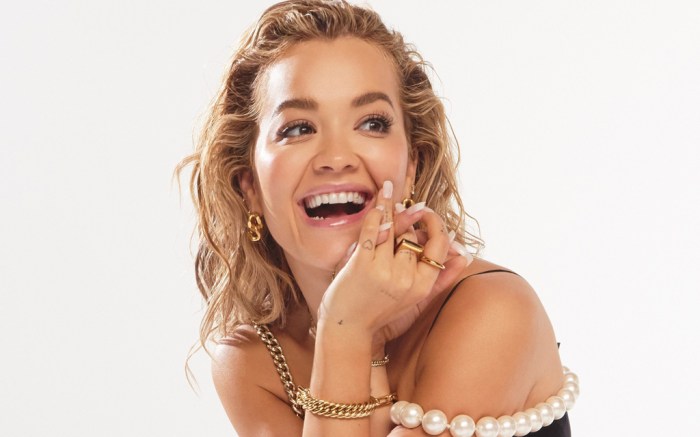 Rita Ora gave her take on a little black dress last night but it is not what typically comes to mind.

The “Voice Australia” judge shared a behind-the-scenes look at her time in Sydney, posing a standout black dress in the mix; the midi-length number featured a leather-paneled design held together by lace-up side design with an open appeal.

The monochrome coordination of Ora’s look continued with her choice of towering Christian Louboutin pumps. These heels, though, weren’t your classic design — in fact, they even came set atop an almost 5-inch galvanized nickel stiletto with a metal buckle at the back for an additional charm. The uppers are coated in snakeskin-embossed leather with a unique squared vamp contrasted the pointed-toe front.

You can shop the design, titled the Epic et Pointe silhouette, for $860 at Selfridges.

Throughout her time down under, Ora has continued to debut bold look after look. Earlier in March, for example, the “Phoenix” singer gave her take on one of spring’s biggest trends as she posed in a black and white blazer-style dress with satin lapels and a mini hem courtesy of Mônot; similar designs retail for $1,695 at Farfetch.

Ora in particular chose to layer her blazer dress over floral-adorned sheer tights and standout heels. The pointed-toe pumps included a gem-coated upper set atop a lifted stiletto base and a securing slingback strap.

Click through the gallery to find more of Rita Ora’s most memorable looks over the years.