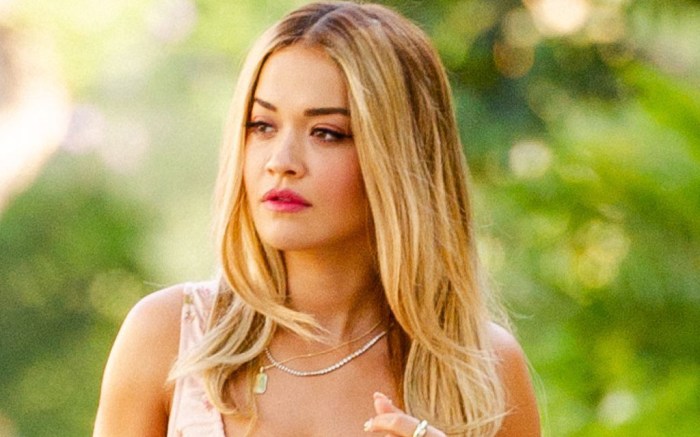 Rita Ora proved this week that you don’t have to sacrifice style for comfort.

The British singer stepped out and about in Los Angeles on Wednesday in chic attire, opting for a floral sundress with a croc-embossed mini purse courtesy of Apede Mod.


When it came down to footwear, Ora gave a twist on summer’s biggest footwear trend: comfort sandals.

The new appreciation for comfortable sandal styles comes with an increased desire for ease of wear and stability in the fashion world amidst the current environment — and for 2021, too, it appears the shoes are here to stay. Brands like Teva and Birkenstock are at the forefront of the trend while celebs including Britney Spears, Tracee Ellis Ross and Kendall Jenner can oftentimes be spotted in the silhouettes.

The “Phoenix” musician’s own pick comes courtesy of Ugg in its new Oh Fluffita silhouette; the double-strap sandal features curly sheepskin uppers with a contoured footbed and a 1.75-inch platform base. Fans can shop the style now for $110 at Ugg.com.

And Ora’s experience with the footwear industry goes beyond chic street style. She has been a longtime Adidas partner and collaborated with Giuseppe Zanotti in January 2019 for an exclusive collection of shoes. This year, she also announced a partnership with German footwear retailer Deichmann. And if that wasn’t enough, this month the award-winning singer joined forces with ShoeDazzle again for a series of spring footwear styles that all retail for under $100. Coming with everything from thigh-high boots to trending utilitarian styles, the pairs can be found at ShoeDazzle.com with wallet-friendly price tags

Click through the gallery for more of Rita Ora’s trendy style over the years.