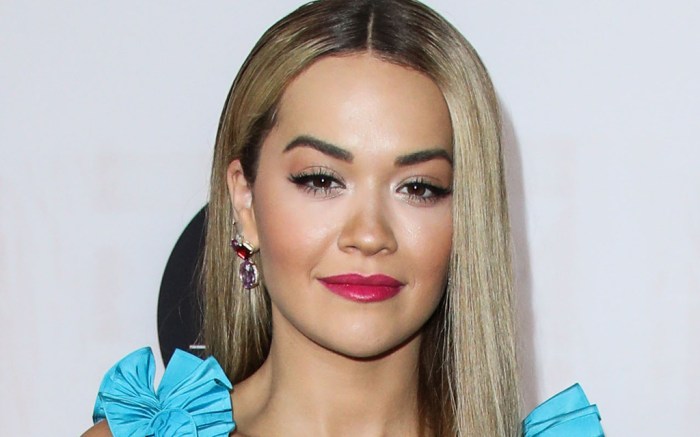 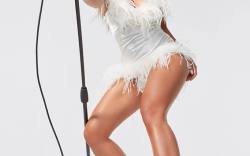 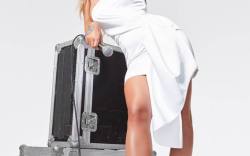 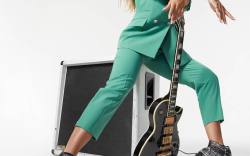 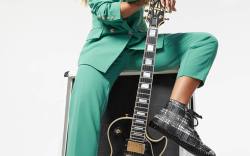 Rita Ora proved once more this week that there’s no fun in playing it safe in fashion these days.

The outfit diverges from the monochrome styling trend that is taking over the celebrity style scene, breaking away from a color-schemed look instead with contrasting shades.

Continuing the color-blocked appeal of her look, Ora rounded out her ensemble with a set of cherry red heels that almost camouflaged right into the red carpet. The pointed-toe pumps featured a rounded vamp, patent uppers and a lifted stiletto heel that appeared to measure over 4 inches in height.


Beyond her chart-topping music career, Ora also has appeared in campaigns for DKNY Fragrances, Roberto Cavalli and Rimmel London, and she serves as an ambassador for Escada and Thomas Sabo. Most recently, she was one of the few stars to attend Fendi’s in-person spring ’21 show during Milan Fashion Week.

And Ora’s experience with the footwear industry goes beyond chic street style. The British singer has been a longtime Adidas partner and collaborated with Giuseppe Zanotti in January 2019 for an exclusive collection of shoes. This year, she also announced a partnership with German footwear retailer Deichmann. And if that wasn’t enough, this month the award-winning singer joined forces with ShoeDazzle again for a series of spring footwear styles that all retail for under $100. Coming with everything from thigh-high boots to trending utilitarian styles, the pairs can be found at ShoeDazzle.com with wallet-friendly price tags.

Echo Rita Ora’s outfit of choice with these bright pieces.

Check out the gallery for more of Rita Ora’s glam looks over the years.