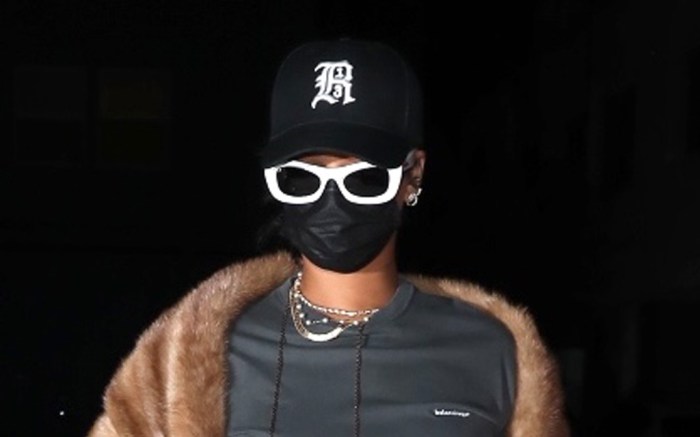 Rihanna went incognito as she ventured out for a dinner date with friends in Los Angeles on Tuesday.

Spotted out last night, the “Umbrella” singer opted for a chicly layered look as she hid her face under a ball cap, oversize sunglasses and a protective face mask. The ensemble tucked a $350 Balenciaga T-shirt into the baggiest 1990s-inspired camouflage pants; while she went for a blue-gray version of the print, Rihanna has been rocking camo pieces for decades now from 2000s-chic cargo pants to comfy sweater dresses.

In addition to her standout pants, the look also included a few more bold pieces like chunky chain jewelry and an unmissable furry shawl jacket.


The finishing touch of the “Believe It” musician’s ensemble came with her choice of glowing white footwear. The almond-toe pumps peeped out from under the hem of her pants with a smooth patent finish and a squared heel.

Click through the gallery to look back at more of Rihanna’s top looks over the years.