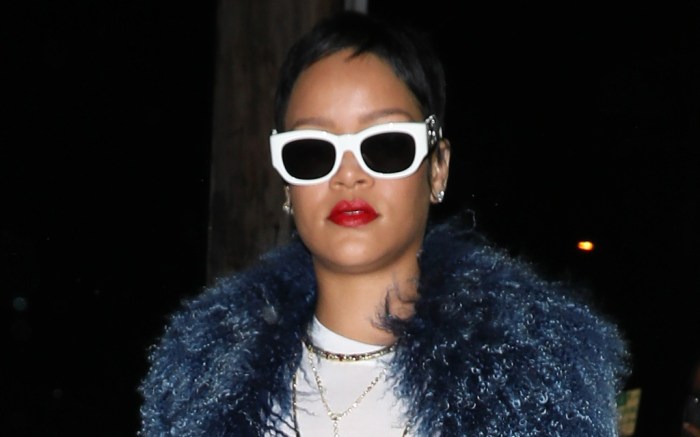 Rihanna brought the 2000s right into 2021 for dinner at her favorite dinner spot in Santa Monica, Calif.

The “What’s My Name” singer stopped by Giorgio Baldi last night in bold fashion, layering a vintage Dior tie-dye coat over a Hyein Seo peek-a-boo crop top; similar coats resell for over $20,000 while her top sells for $210. The statement pieces then came matched to even wilder pants with a custom green and white tie-dye finish from Chrome Hearts.

Tie-dye pants, cutout tops and furry coats are about to be everywhere this season amidst a revitalization of early 2000s trends like low-rise pants and lace camisoles.


The finishing touch of the “Believe It” musician’s ensemble came with her choice of glowing white footwear. The almond-toe pumps peeped out from under the hem of her pants with a smooth patent finish and a squared heel.

Channel Rihanna in these glowing heels inspired by her look.

Click through the gallery for more of Rihanna’s standout style over the years.