Rihanna Is Bolder Than Ever in a Lace Bodysuit, Thigh-High Stockings & Glittering Heels for Savage x Fenty Show 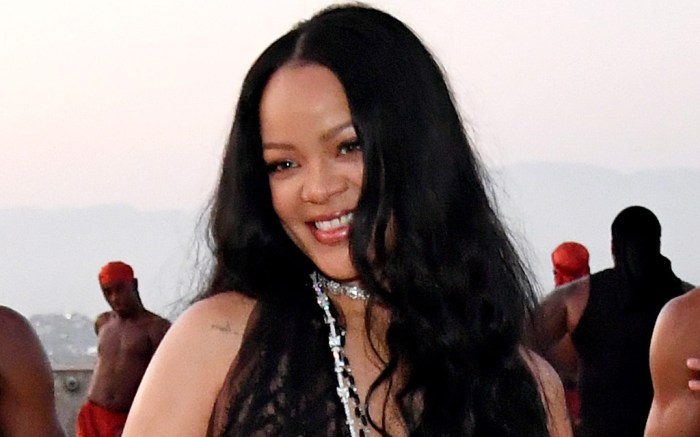 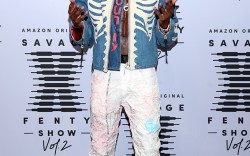 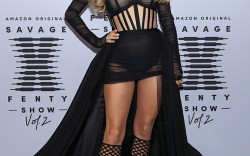 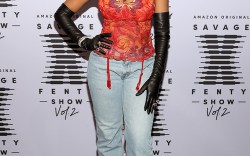 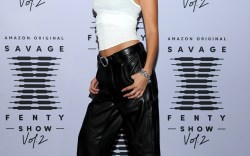 Rihanna’s third annual Savage x Fenty show is coming to Amazon Prime Studios on Friday and we are preparing for the boldest of the bold.

For one scene in the upcoming show, the “Take a Bow” singer modeled a statement head-to-toe black ensemble complete with endless lace. The intimates look specifically teamed a halter-neck bodysuit with a frilled sheer skirt and thigh-high stockings, all while surrounded by fellow models in pants from the brand’s menswear line.

On the footwear front, Rihanna stuck with her signature glam taste in a glittering sandal. The lace-up black heels came balanced atop a pointed sole and included layers of crystal gems as a form of jewelry for the foot.

As for Rihanna herself, the multihyphenate is a major force in the fashion world, beyond her impeccable personal style. Rihanna’s first major foray into designing occurred when she signed with Puma in 2014. In September 2015, she went on to create her first-ever Fenty (an ode to the superstar’s surname) product, the Fenty Puma Creeper, which won the singer her first FN Achievement Award for Shoe of the Year in 2016. She also has since worked with Amina Muaddi for a series of must-have shoe designs which then earned the “Diamonds” singer her second FNAA in 2020.