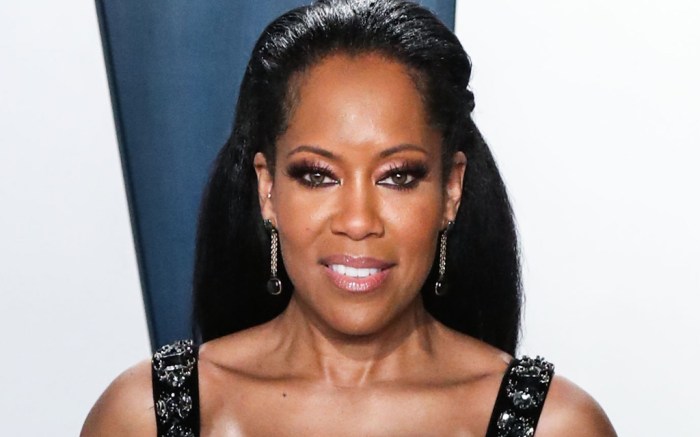 While the 2021 Critics’ Choice Awards were mostly filmed at home, Regina King still made sure to bring the drama to the show.

The “One Night in Miami” director unveiled her evening look on Instagram tonight with a little help from Versace.  Up for Best Director at the event, King modeled a glitter-coated, floor-sweeping gown complete with a structure shoulder design and a wrapped finish.

To elevate the standout look even further, the “Watchmen” actress tapped Stuart Weitzman for a lifted footwear moment. The designer’s signature Nudistsong silhouette features a thin strap across the toe and the ankle, securing the foot atop a lifted stiletto heel. King’s choice in particular also included a platform base — you can shop similar designs like the Nudist Disco silhouette with its 5-inch height for $425 at StuartWeitzman.com.

Also making an appearance at the awards is Gal Gadot styled by Elizabeth Stewart. The expecting mother is presenting an award tonight and decided on a voluminous look for her Prabal Gurung outfit, tucking a structured white top into pleated black suit pants.

Click through the gallery to find more major stars at the 2021 Critics’ Choice Awards.