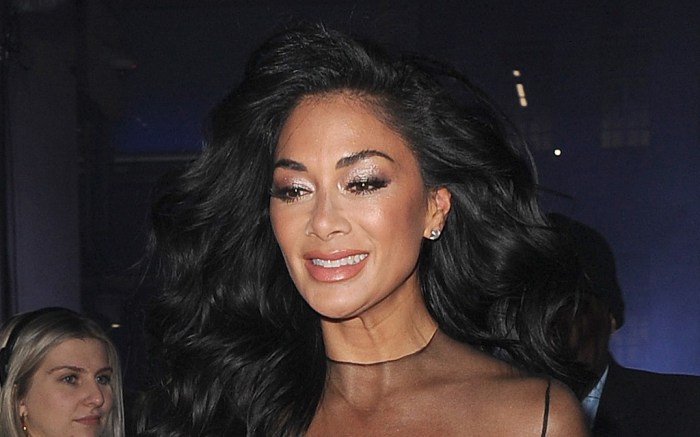 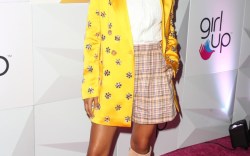 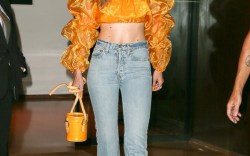 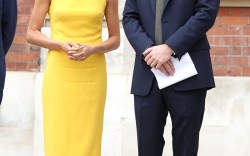 Nicole Scherzinger had all eyes on her during last night’s episode of “The Masked Singer.”

The Pussycat Dolls alumna showed off her glowing judge’s attire on Instagram today, modeling the brightest yellow set from Tony Ward; the two-piece look matched a beaded bustier bralette to a floor-sweeping skirt with similar embellished detailing layered underneath.

To complement the look, Scherzinger herself echoed the fluorescent shade on her nails, jewelry, sunglasses and makeup.

When it came to footwear, the Fox series star boosted her frame in sky-high platform heels. The open-toe sandals featured a lifted base, measuring at least 2 inches in height, as well as a thin 6-inch heel; the entirety of the shoe also came coated in a glittering green finish with straps across the ankle and toe.

When it comes to her style on and off the red carpet, Nicole Scherzinger knows how to pack a punch. The singer models everything from Atelier Zuhra feather dresses and Casadei pumps to Julien Macdonald gowns and Le Silla platform sandals. As for footwear specifically, the television personality also taps Jimmy Choo, Vince Camuto and Christian Louboutin amongst other top brands.

Beyond her own personal tastes, Scherzinger has appeared in campaigns for Missguided, London Fog, Herbal Essences, Qatar Airways, Muller and more.

Check out the gallery to see more stars who have also modeled shades of yellow over the years.