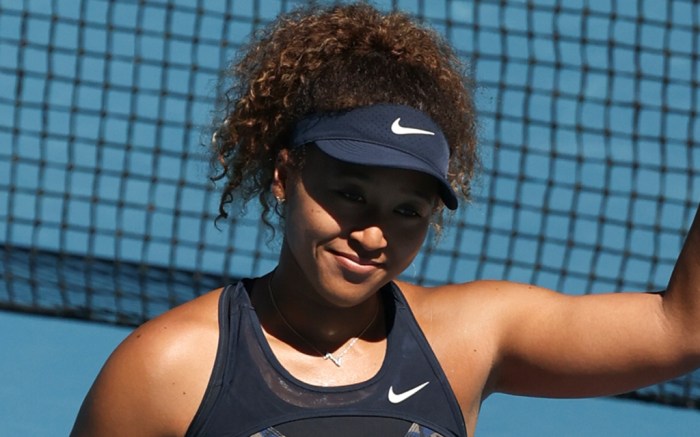 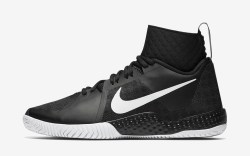 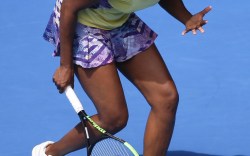 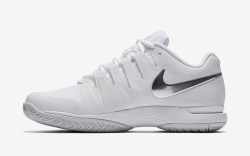 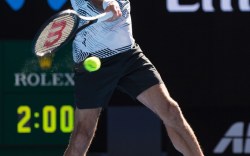 Naomi Osaka is on her way to the finals of the 2021 Australian Open.

The Japanese-American athlete bested Serena Williams during their semifinal matchup, sweeping her veteran competitor 6-3, 6-4 on Thursday. The loss brings an end to Williams’ attempt at a 25th Grand Slam singles title while the victory marks another step in the promising future of Osaka’s career in the sport.

The 23-year-old tennis sensation took the court and her win yesterday with grace, matching up against her fellow athlete in a full Nike look. Osaka, who signed on as a Swoosh brand athlete in April 2019, layered a paneled camouflage catsuit under a contrasting neon orange tennis skirt with sweatbands and sneakers to match; similar skirt silhouettes from the label retail for $65 online.


As for footwear, Osaka once more tapped Nike in a pair of uber-bright tennis shoes. The neon coral and neon pink pair included hits of electric yellow, all set atop a contrasting white outsole with black overlays to balance out the colorful hues.

While the athlete’s pair appeared to be a custom colorway, the style bears resemblance to the NikeCourt Air Zoom GP Turbo silhouette; the shoe provides ample support on the court, complete with a full-length Zoom Air unit for ultimate cushioning. The style also includes the brand’s Dynamic Fit system to lock down the foot along with an anatomically-designed footbed for added durability while sliding.

You can shop shades similar to Osaka’s shoe of choice for $140 at Nike.com.


Serena Williams’ outfit for the Australian Open also was of significance, opting for a one-legged catsuit that held special meaning.

“I think we outdid it this time – it was pretty awesome. Nike had this incredible idea, I can’t take any credit for it. They were inspired by Flo-Jo, who obviously was an amazing American track star,” Williams said about the look after her third-round victory. “She did have the one that was a little bit higher – I opted not to have that because I don’t want to get any more fines!”


While Serena Williams may have a few more Grand Slam notches on her belt to hold onto, the victory on Thursday is a promising sign for Osaka’s evolving career. Though she is just 23 years old, the Japanese native is currently ranked by Forbes as the highest-paid female athlete for 2020, taking the title from Williams for the first time since 2016. In addition to her title as a Nike athlete, Osaka also recently signed on as an ambassador for Louis Vuitton.

Before you hit the court for your own matches, channel Naomi Osaka in these tennis shoes inspired by her winning attire.

Click through the gallery to find what more athletes wear to compete in the Australian Open.