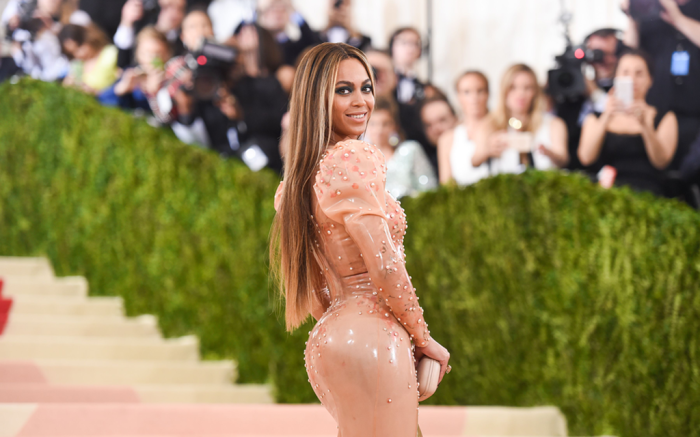 The Met Gala — known as the fashion industry’s Oscars — was first introduced in 1948, two years after the Museum of Costume Art merged with The Metropolitan Museum of Art to become The Costume Institute in 1946. Each May, the annual fundraising event celebrates the opening of the spring exhibition.

In honor of the “party of the year,” take a look back at some of the most memorable Costume Institute’s exhibition themes in years past and what’s to come next month.

2022: In America: An Anthology of Fashion

For the second portion of a two-part exhibition exploring fashion in the United States, which first kicked off in 2021, this section of the exhibition will highlight sartorial narratives that relate to the complex and layered histories of the American Wing period rooms. The looks featured date back from 1805 to the present, and survey more than two hundred years of American domestic life while telling a variety of stories including of those often forgotten in the history of fashion.

To coincide with the second portion, the Costume Institute will hold the Met Gala on May 2. The event makes a return on the first Monday in May after two years of the COVID-19 pandemic. Last year, the Met Gala took place in September.

Last year’s exhibition was divided into two parts. The first segment, titled “In America: A Lexicon of Fashion,” opened on September 18. With a focus on the “modern vocabulary of American fashion,” it honored the Costume Institute’s 75th anniversary with a smaller version of the Met Gala, which was held on Sept. 13 and was canceled in 2020.

While the celebration was an intimate compared to years past due to the COVID-19 pandemic, it still put a spotlight on today’s biggest stars. Billie Eilish co-chaired the event, along with actor Timothée Chalamet, poet Amanda Gorman and tennis star Naomi Osaka. Honorary chairs for the evening were Tom Ford, Adam Mosseri and Anna Wintour.

Highlights included Kim Kardashian — wearing head-to-toe Balenciaga, a look which made waves for covering her entire face and body — as well as Rihanna, A$AP Rocky, Kehlani and more.

2020: About Time: Fashion and Duration

To celebrate the The Metropolitan Museum of Art’s 150th anniversary, the Costume Institute planned to look back at fashion from the museum’s inception in 1870 to the present. Around 160 items were set to be featured in the exhibit, with most coming from the Costume Institute’s own collection. Displays were also planned to mix pieces across time periods — for instance, an Alexander McQueen skirt from 1995 would be teamed with a silk dress from the 1870s — until the COVID-19 pandemic hit.

The 2019 Met Gala honored Susan Sontag’s famous fashion essay, “Camp: Notes on Fashion,” which left many to wonder exactly what “camp” is. “Camp is esoteric — a private code or badge of identity,” Sontag wrote in “Notes on ‘Camp,’” the 1964 seminal essay upon which the Metropolitan Museum of Art’s Costume Institute has based its exhibition on.

Billy Porter, Lady Gaga, as well as Kendall and Kylie Jenner, were just some of the fashion highlights of the evening, wearing exaggerated, dramatic and daring ensembles.

The 2018 theme was deemed somewhat controversial as it put religion and fashion on display. Titled “Heavenly Bodies: Fashion and the Catholic Imagination,” the Costume Institute of the Metropolitan Museum of Art featured pieces on loan from the Vatican, along with 150 designer ensembles that have been inspired by Catholic iconography or style, in what was reportedly the department’s largest show to date.

The Costume Institute’s Rei Kawakubo exhibit was the first show at the museum that focused on a designer since the Yves Saint-Laurent exhibit in 1983.

Rihanna’s Comme des Garcons look was one memorable look that honored the Japanese designer. Other celebs who wore Kawakubo’s designs to costume ball included Pharrell Williams, the co-chair of the 2017 Met Gala, and Tracee Ellis Ross.

2015: China: Through the Looking Glass

Met Gala guests didn’t hold back when it came to channeling this theme into their red carpet attire. The 2013 exhibition examined punk’s impact on high fashion. Highlights from the event came from Miley Cyrus and Madonna.

The 2011 exhibition celebrated the late Alexander McQueen and his impact on the fashion industry. Approximately 100 ensembles and 70 accessories were featured, including his first-ever collection, as well as his final runway presentation.

This was one of the Costume Institute’s most successful attractions. In the exhibitions last hours, thousands lined up around the block outside The Metropolitan Museum of Art for more than four hours, according to The Wall Street Journal.

2009: The Model As Muse: Embodying Fashion

In 2009, Kate Moss co-chaired the Met Gala, with Marc Jacobs sponsoring the exhibit. The two walked the red carpet arm-in-arm.

The exhibit focused on iconic models of the twentieth century, including Moss, Naomi Campbell, Cindy Crawford, and their roles in the evolution of the fashion industry. It also featured haute couture and ready-to-wear pieces with photography and video footage of models during their respective era.

Who could forget Sarah Jessica Parker and Alexander McQueen’s matching tartan ensembles? In 2006, the Costume Institute celebrated British fashion and its designers, and some Met Gala guests took the theme quite literally.

That year, Rose Marie Bravo, Chief Executive of Burberry, and the Duke of Devonshire served as Honorary Chairs of the gala. Co-Chairs were Christopher Bailey, Creative Director of Burberry, and actress Sienna Miller.

2004: Dangerous Liaisons: Fashion and Furniture in the 18th Century

Scarlett Johansson was one of the best-dressed attendees that year, wearing a yellow Calvin Klein gown.

This exhibition took place in 2001 to celebrate Jacqueline Kennedy, with a presentation of her iconic fashions. Nearly 80 costumes were displayed, featuring clothing worn by the former first lady on the campaign trail during inaugural festivities and at the White House.

In 1983, the Costume Institute dedicated its fashion exhibition to the work of a living designer for the first time. One hundred and 50 YSL styles were put on display. According to a 1983 New York Times article, 810 guests attended the year’s Met Gala, paying $500 for a dinner ticket. In 2016, attendees paid $30,000 per ticket.

Click through the gallery to see what guests wore at the Met Gala throughout the years.