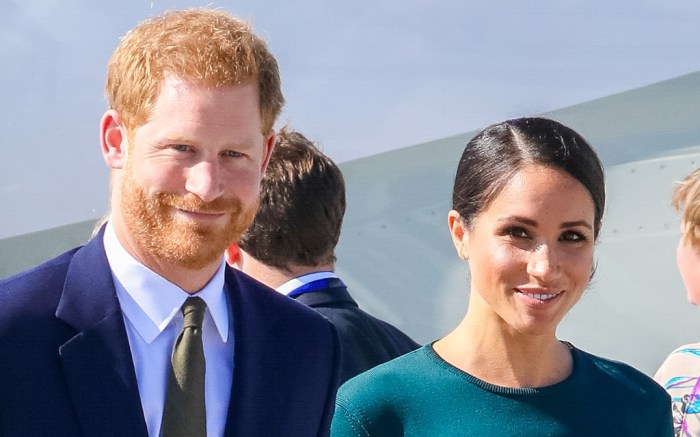 Time magazine announced its list of the world’s most influential people and kicking off this year’s list is none other than the Duke and Duchess of Sussex.

Prince Harry and Meghan Markle grace one of the publication’s covers, as announced on Instagram this morning. For the shoot, the former royal family members posed together in a scenic outdoor setting in contrasting black and white looks. While the Duke modeled a cozy collared shirt and coordinating pants, the “Suits” actress glowed in a silky white button-up blouse tucked into glowing suit pants.

Also included in the lineup of the 100 most influential figures is music icon Billie Eilish. The “Bad Guy” singer was interviewed in fact by her fellow musician Megan Thee Stallion for a personal look into the transformation that Eilish is currently experiencing.

Though her shoes couldn’t be seen in the photos, Markle herself typically favors a stylish range of brands when it comes to shoes. Oftentimes, the former actress dons sleek pumps from Aquazzura, Sarah Flint and Stuart Weitzman, but also owns a variety of casual styles from brands like Veja, Adidas and Rothy’s.

Her experience in the fashion world extends beyond her own personal attire as well. Markle released a five-piece capsule for Smart Works, an organization that helps vulnerable women reenter the workforce, in September 2019. The set includes a “husband” shirt, a blazer, matching trousers, a white button-down, a work-ready dress and a large tote bag, all done in collaboration with top brands like Jigsaw and John Lewis & Partners. For every piece purchased, an item was to be donated back to Smart Works to help supply women with confidence-boosting work attire.

Click through the gallery for more of Meghan Markle’s statement style over the years.