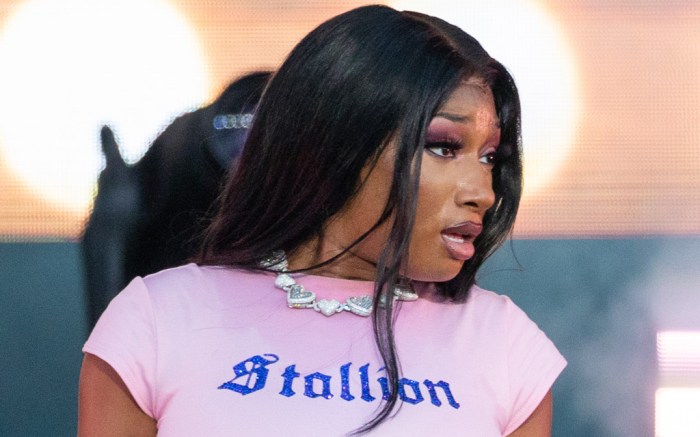 Megan Thee Stallion had all eyes on her at the 2021 Austin City Limits music festival this weekend.

Kicking off the show on Friday in Austin, Texas, the “Body” rapper took center stage in a custom pink corset top — branded with her stage name — and matching hot pink short shorts. Her look also included a silver heart necklace, nude fishnet tights and a set of blue and white high-top sneakers courtesy of Jordan Brand.


While her music career is launching off the charts, Megan Thee Stallion also racked up a series of high-profile deals in the fashion industry. She previously starred in Puma’s campaign to promote its Cali Sport sneaker back in November 2019 as well as inked the deal with Fashion Nova for spring ’20.

Most recently, the Texas native starred in a new campaign for Nike where Thee Stallion calls on her fans — better know as Hotties — to get up and moving in an encouragement towards a more healthy lifestyle.

Ahead, take inspiration from Megan Thee Stallion in these blue and white sneakers.

Click through the gallery for more of Megan Thee Stallion’s bold on-stage attire over the years.