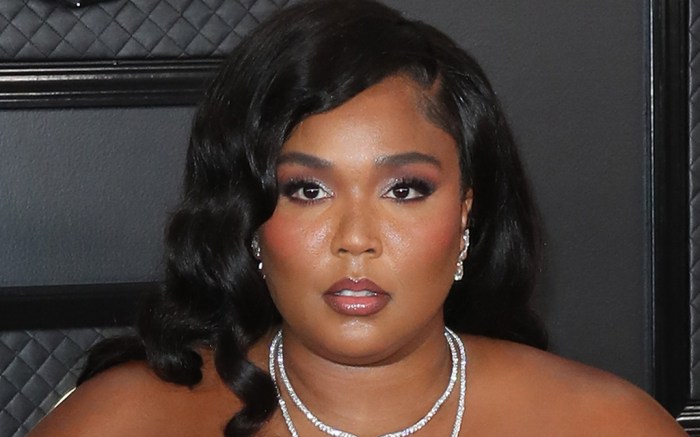 Lizzo broke out one of footwear’s biggest trends to show “Captain America” some love this week.

The “Truth Hurts” singer took to Instagram on Tuesday with her friend and celebrity hairstylist Shelby Swain to twerk on a man dressed up as the superhero on Hollywood Boulevard in Los Angeles. For the wild outing, Lizzo herself modeled a double denim ensemble layered over a neon top.

To complete the chic ensemble, the “Jerome” singer broke out another trend for the season: big toe sandals. Big-toe silhouettes became a celebrity-endorsed style in the summer of 2019 and have since continued to appear on the likes of Katy Perry, Lori Harvey and Katie Holmes amongst others. The style offers a laid-back appeal with the stability and familiarity of the 1990s, a common theme amongst “it” girl trends this season.

Lizzo’s pair, in particular, came in mule form with orange uppers and a block heel.

Click through the gallery for a look at Lizzo’s top style moments over the years.