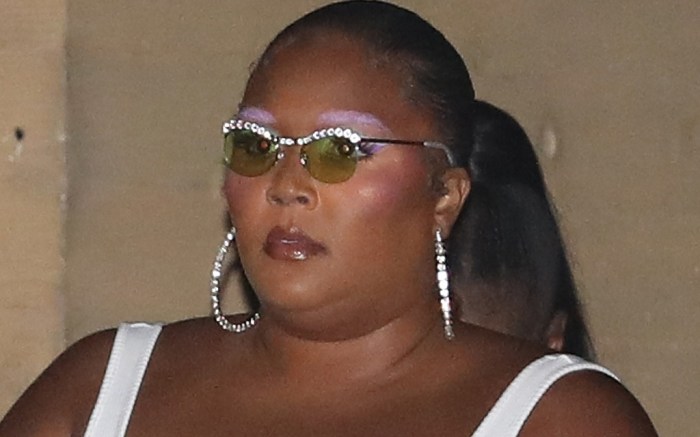 Lizzo and Cardi B are here to finally address the rumors — but it’s not what you may think.

The singer and rapper released their anticipated duet “Rumors” last night along with an accompanying music video, getting fans all riled up. For the video, as teased on both musician’s Instagrams, the duo took a bold yet ethereal approach to ancient Grecian style. Lizzo’s own look included a gold-plated catsuit formed with a fully sheer fabric and draped white toga-like overlays.

As for Cardi B, the “I Like It” rapper channeled the same energy in a gold structured bralette with a baby bump-revealing flowing white skirt; she is currently expecting her second child with her husband and fellow musician Offset.

The finishing touch for Cardi B’s look also tapped into ancient footwear styles with a leg-wrapping sandal set atop a tall heel.

Channel Lizzo in these gladiator sandals inspired by her look.

Click through the gallery for more of Lizzo’s glam style over the years.