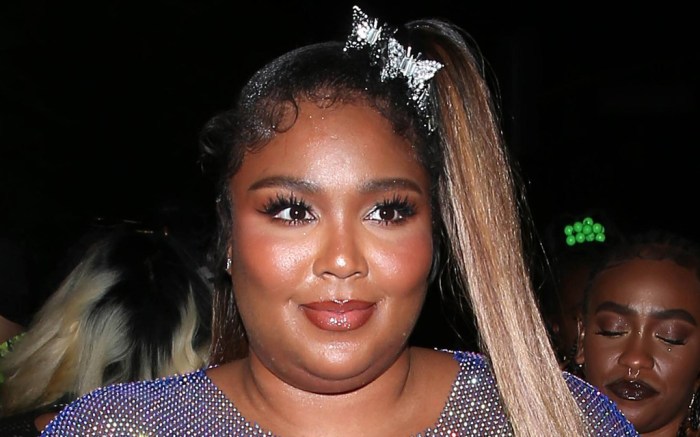 Lizzo decided to live life on the edge in more ways than one this week.

In a surprising move on the L.A. streets, Lizzo also decided to kick off her shoes after a night of dancing and walk barefoot to her awaiting car.

Also in attendance at last night’s festivities was model Winnie Harlow. The Jamaican-Canadian star channeled her roots in a Rastafarian-inspired knit dress with open fishnet paneling and yellow knee-high boots to match,

When it comes to Lizzo’s own style repertoire, the hit singer’s closet includes a vast variety of hit designer brands. From modeling Marc Jacobs at the Met Gala to performing on stage in Christian Siriano ball gown and custom Swarovski crystal-embellished Stuart Weitzman combat boots, her style is nothing but ordinary. The “Truth Hurts” musician can also be found in campaigns for Absolut Vodka, Khloe Kardashian’s Good American brand and Urban Decay makeup.

Click through the gallery for more of Lizzo’s daring style evolution throughout her career.