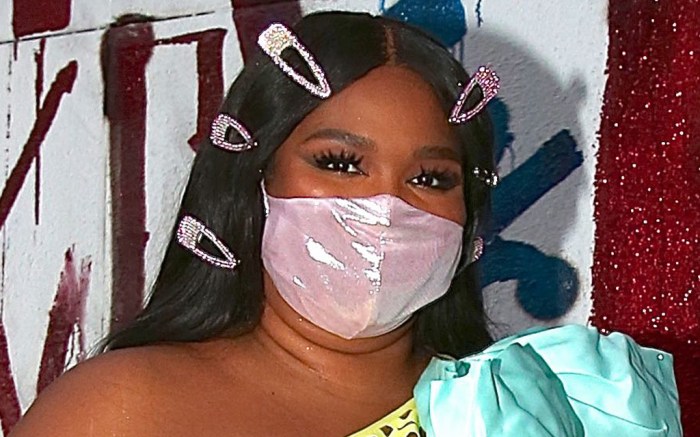 Lizzo turned a fashion faux pas into a must-see style moment this week.

After leaving a party at Janelle Monae’s house, the “Juice” singer made her way to Craig’s restaurant in Los Angeles for some late-night truffle fries. Stepping out of her car, Lizzo unveiled on Instagram that she forgot her pants at Monae’s house before getting bombarded by paparazzi.

Luckily the musician was still en vogue in an oversize $720 boyfriend-style shirt from Raf Simons and a mini Prada bag.

“I gotta be more prepared lmaoooo… where are my pants?!,” wrote Lizzo in her caption.

When it came down to footwear, the “Truth Hurts” musician then tapped Nike’s hit collaboration with Japanese luxury brand Sacai. The Sacai x Nike Vapormax “Sesame Blue Void” features Sesame tan textile uppers with suede and leather overlays, all contrasted by touches of Blue Void across the laces, Swoosh and heel counter.

Click through the gallery for more of Lizzo’s top style moments over the years.