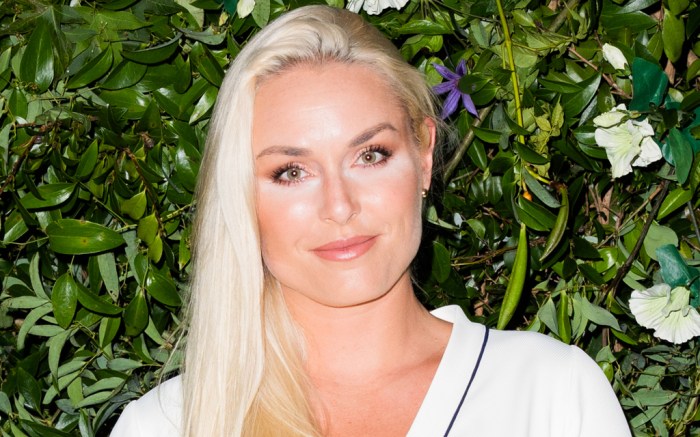 Lindsey Vonn found the perfect mixture of glam fashion and athletic appeal this weekend at a party for Gucci.

The athlete attended the brand’s private event with Elizabeth Saltzman in the Hamptons, New York, on Saturday in summery all-white attire. For the event, Vonn modeled a jersey dress with navy trims and gold buttons, offering up a retro-chic tennis appeal.


On her feet, the athletic-chic aesthetic of the skier’s ensemble continued with a pair of low-top sneakers. The white Gucci Tennis 1977 shoes featured jacquard uppers with a signature double G logo coating. Contrasted by the recognizable green and red stripes across the side, similar sneakers from the brand retail for $630 at MyTheresa.

Celebrity style fans may recognize Lindsey Vonn’s outfit combination as Miley Cyrus modeled an almost paralleled look during her July 4 weekend performances in Las Vegas. Cyrus shared her twist on the dress and sneaker ensemble on Instagram last week with a new 1980s-chic mullet to match.

As for Vonn herself, the athlete’s own Instagram feed is filled with her pick of designer looks as well as impressive gym routines and fitness rotations, all fueled by her Under Armour apparel. From sports bras and colorful shorts to leggings and supportive sneakers, it’s Under Armour or nothing for the athlete who has been partnered with the brand since she was 16 years old.

In addition to her athleisure, Vonn also sports pieces courtesy of top brands like Musier Paris, Gucci, Saint Laurent, Giuseppe Zanotti and more. The Olympic medalist also has ties to Red Bull, Oakley, GoPro and Vail Resorts with a net worth of over $3 million according to a 2013 Forbes article.

Take inspiration from both Lindsey Vonn and Miley Cyrus in these pieces inspired by their looks.

Click through the gallery for more of Lindsey Vonn’s glam attire over the years.